this page is under construction

she was worth remembering

she grew up on a farm

She was born Bessie Snabl  Tn 1909, and she had a younger sister, Mary (1914-2003).  Their parents were Rudolph and Mary Flider Snabl, who had married on February 11, 1907.  Rudolph had been born in Bohemia in 1882 and Mary had been born near Table Rock in 1885.  In 1925, Rudolph and Mary moved to their farm southeast of Table Rock. Bessie was either in the second semester of her junior year or the first semester of her senior year. Below you see the Snabl farm, the white house and barn on the hill in the background.  There is nothing there now; it was on the west side of Taylor Branch. 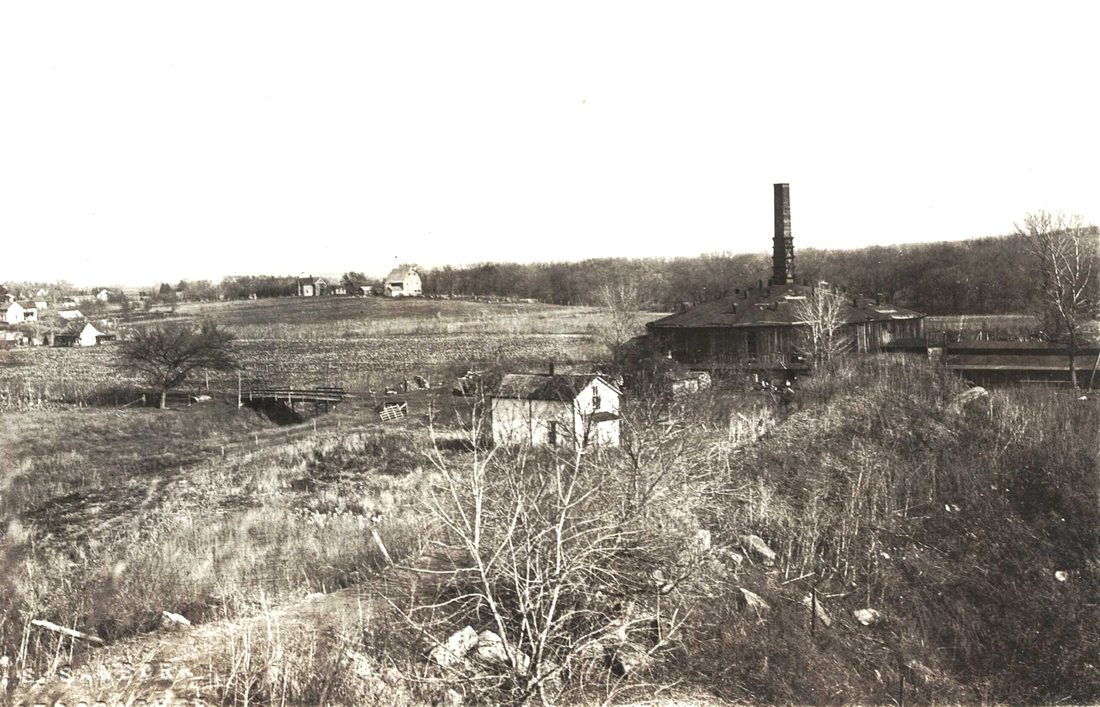 she was a graduate of table rock

she was a country school teacher 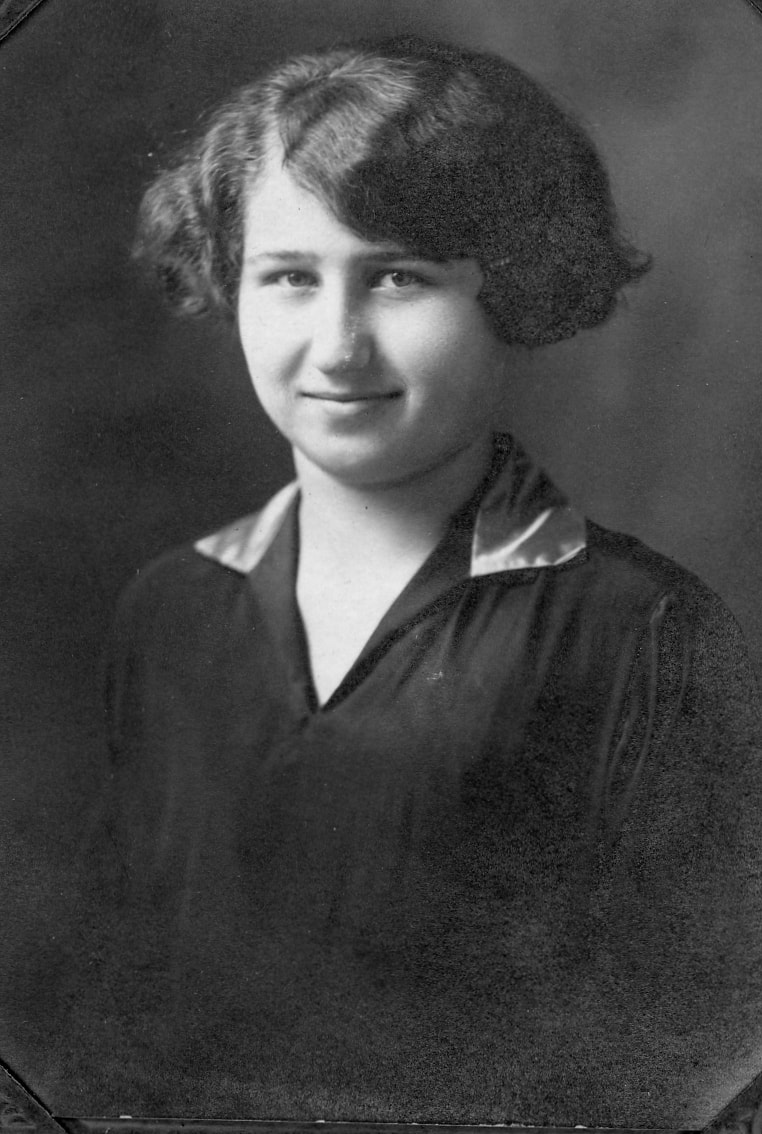 Bessie Snabl had no children except for the hundreds of children who called her teacher over the many years that she taught, beginning in country school.

Bob Blecha shared a vignette of Bessie as a country school teacher, with a little girl who had come to be in the first grade.  The little girl's family spoke Czech at home and she was desperate to be taught in Czech. She knew that Bessie spoke Czech and stood at Bessie's knee, trying to wheedle her to say something to her in Czech. Bessie kindly said, "No, we speak English when we are in school."  And that was that. 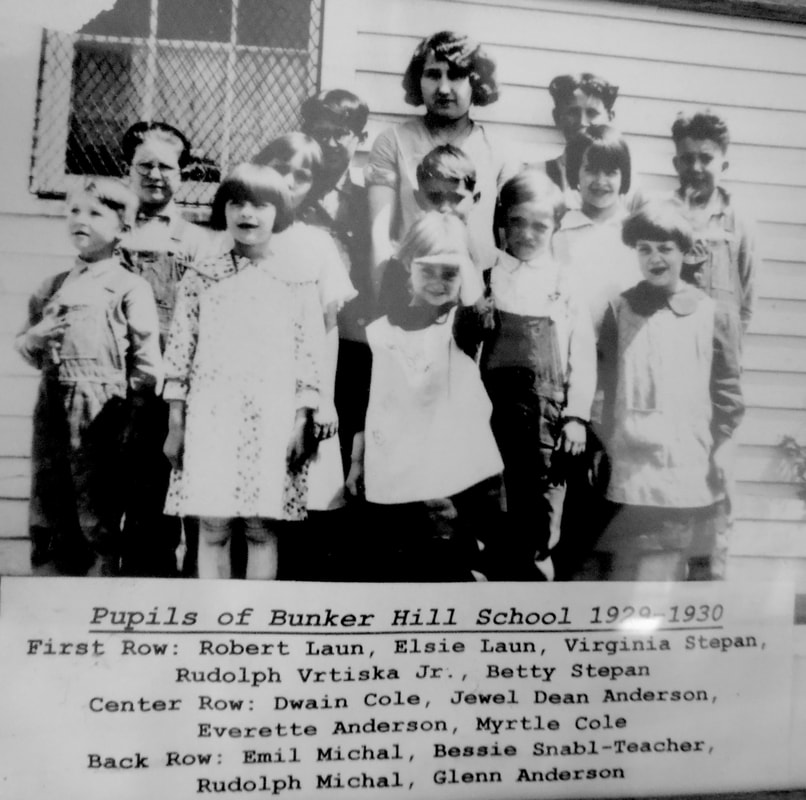 she was a bride

Bessie married Albert Rexroth on January 3, 1934.  Here are their wedding potraits.
It bears worth repeating, in a picture, that Bessie was a lovely bride. 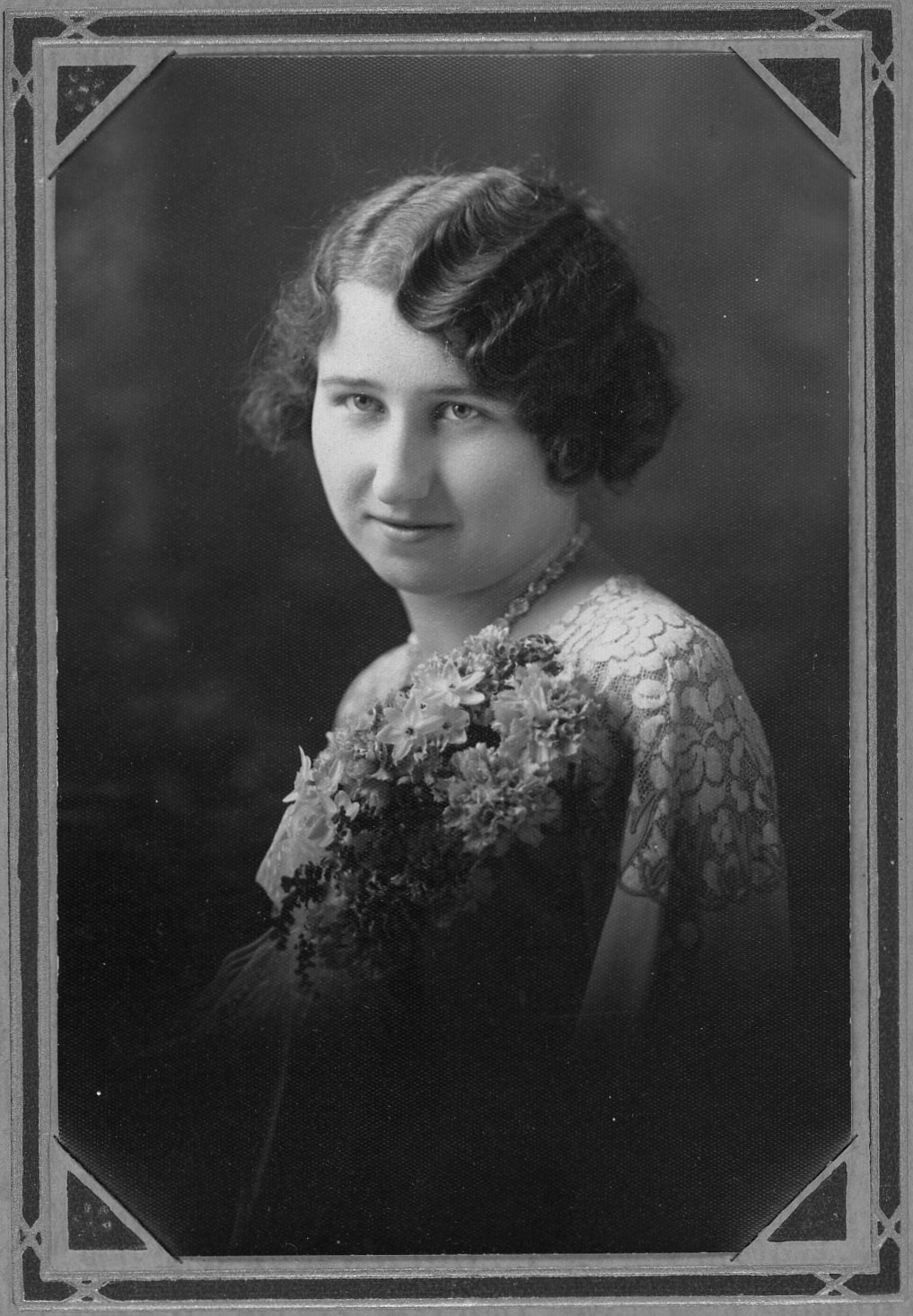 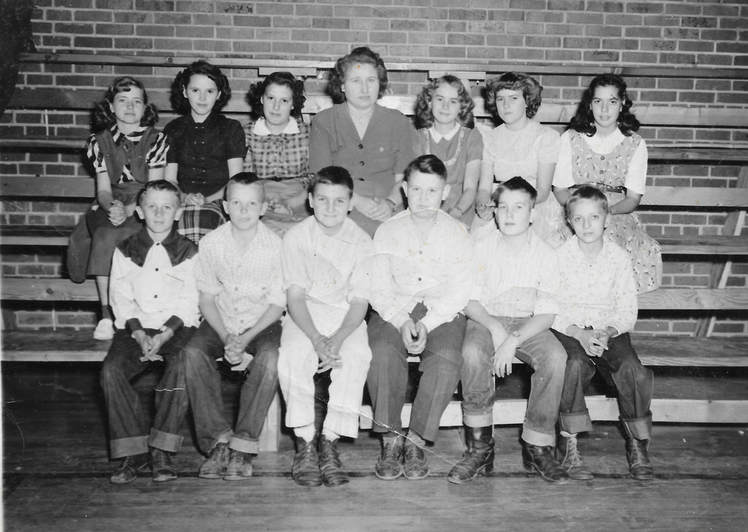 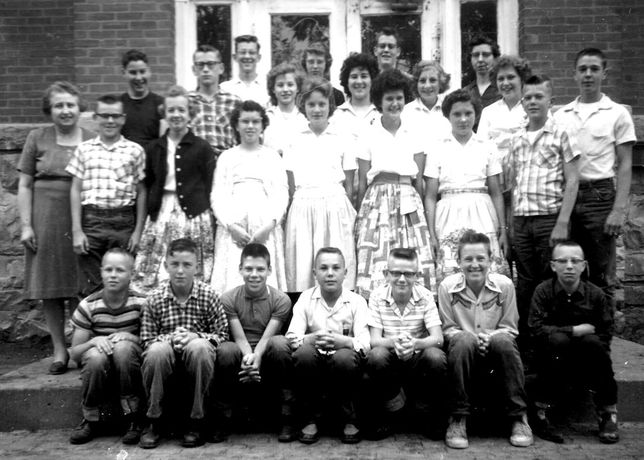 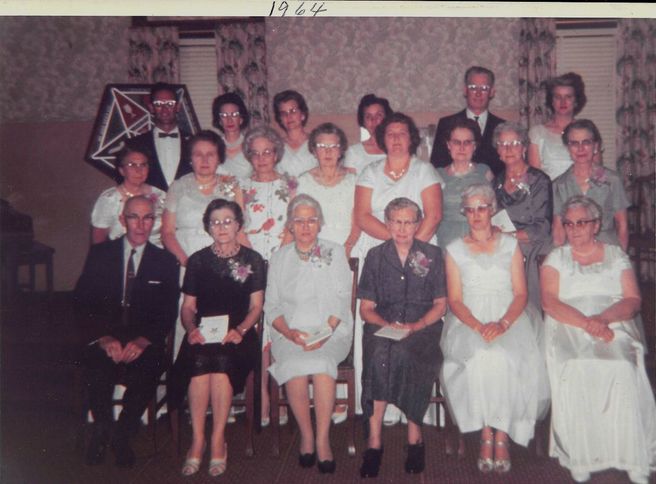 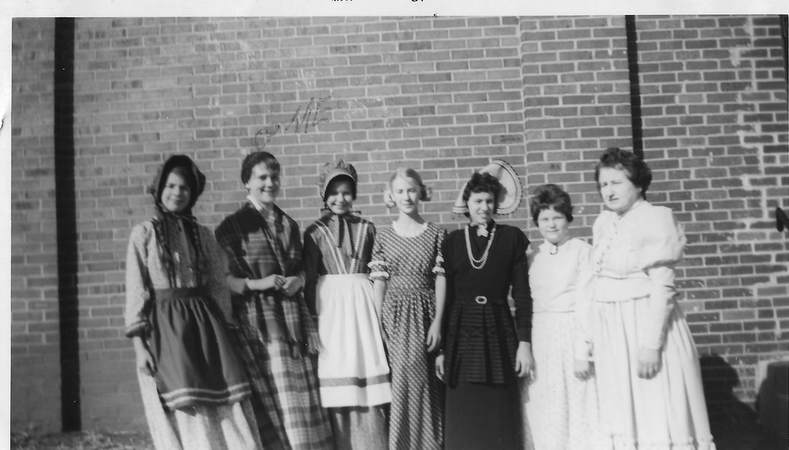 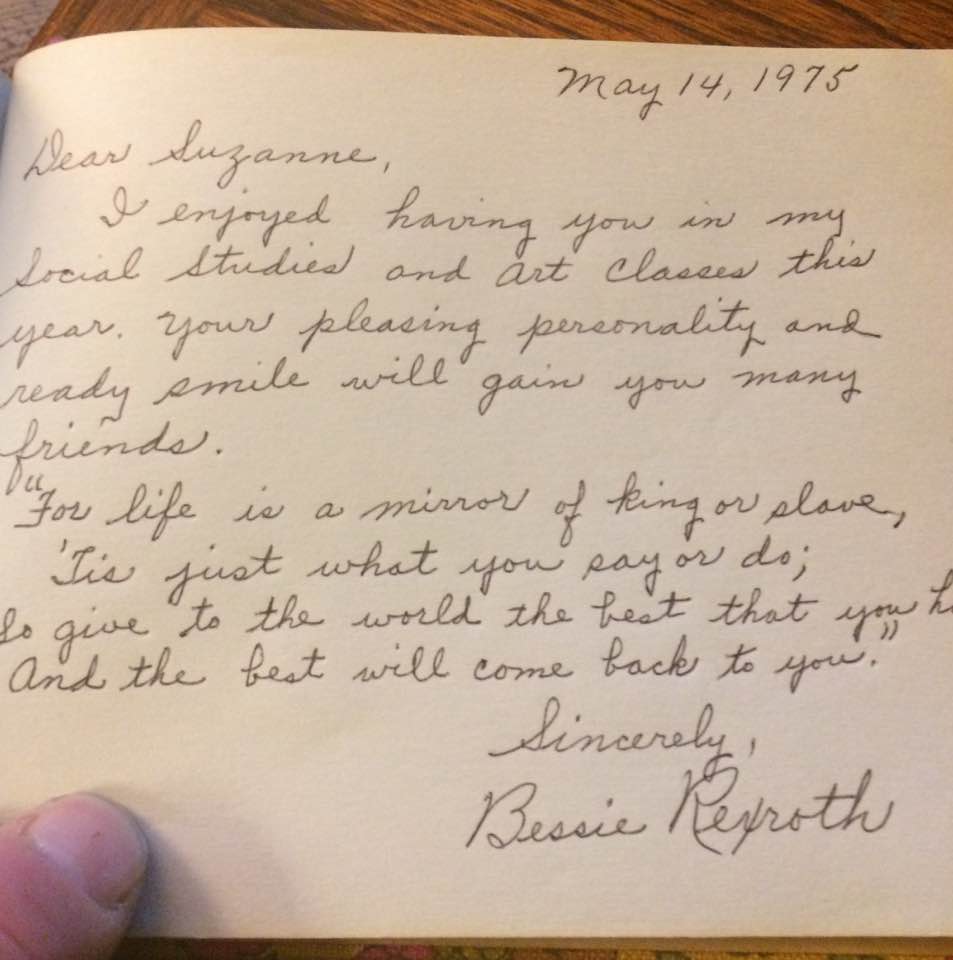 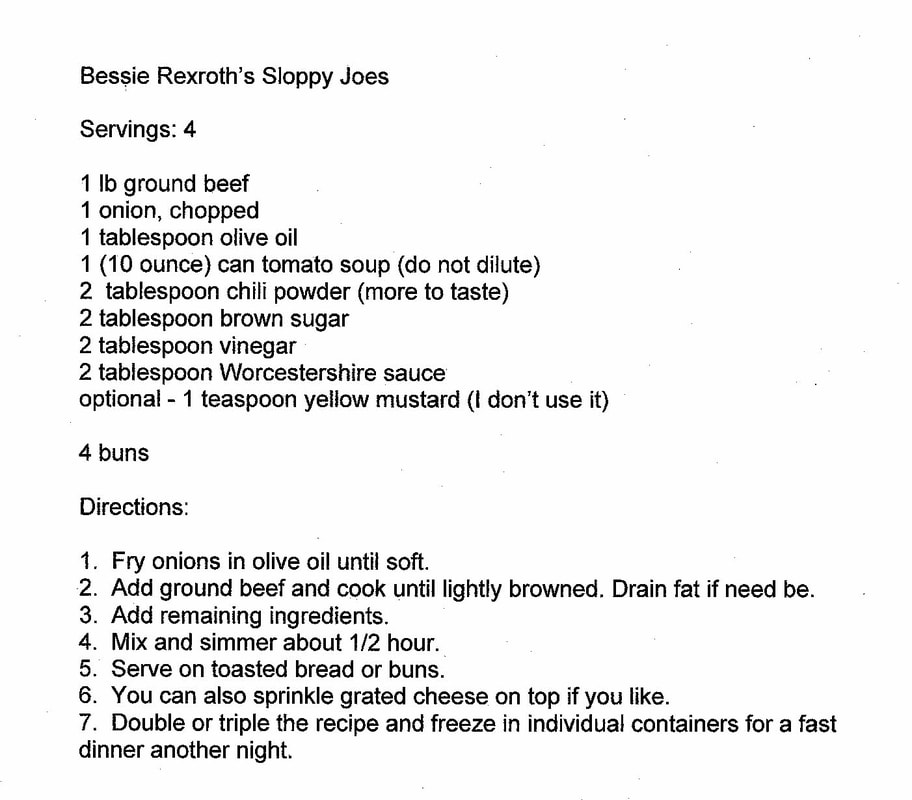 We owe Cat Bernadt Tucker, Class of 1972, for preserving this recipe.