airplanes & other airborne things
in & around table rock

This story reportedly appeared in the September 21, 1888 Courier Tribune of Seneca, Kansas, available at the Seneca library.  The Pawnee Republican reportedly does not mention the event.  The article, as transcribed by Linda Antholz Kirkland:

The June 12, 1975 edition of the Argus reprinted an article from the April 16, 1897 edition.  Editor's note: the original no longer exists, but I have had it in my hands, and this transcription is the real deal.

If you Google this subject, you will find that there were many such stories around the Midwest from this time period.  They are generally called fraudulent.  Of interest in assessing this particular one is that not a single local person's name is mentioned.....
​

in 1918 - an airplane flying over was a mystery

This article is not from Table Rock, but it shows the mind set of the time when airplanes were new.  The December 6, 1918 edition of the Humboldt Standard reported:

Those of us who were privileged to witness the spectacle were surprised Tuesday to see an airplane leisurely though swiftly plow its way through the air just over our heads. The plane was traveling on a southeasterly course, but where it was coming from or going to is a mystery.”

The article concluded with a prediction that someday such an event might not be so unusual. 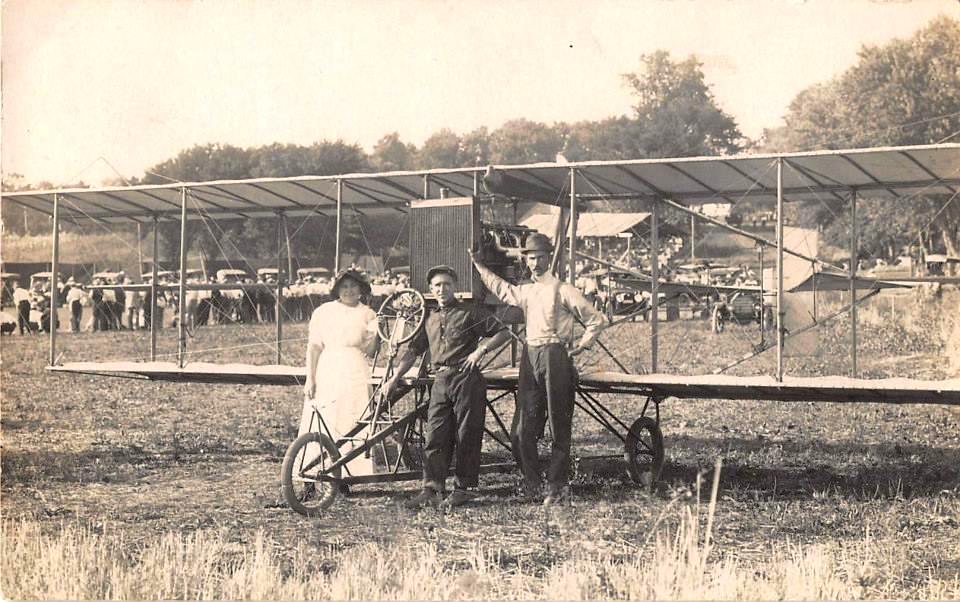 art smith -- is he the man in the center in the table rock picture above?  you decide

a little about art smith

Background about Art Smith from a book review on Amazon.com.  (The book cover is above.)

In 1910, pioneer aviator Art Smith was as celebrated as any movie star might be today. He thrilled audiences with his barnstorming feats, doing dives, "death spirals," sky writing and "loop-de-loops," and night flights using phosphorus
fireworks.

He was a consummate showman and had he not died in 1926, his name probably would be familiar to most Americans.

He glamorized and popularized aviation while testing the boundaries of aeronautical principles.

As a young man he longed to fly before he had ever seen an airplane. His parents believed in him, and he was fortunate to have a best friend named Al Wertman who helped him build an airplane.

His fame spread around the globe and in 1916, the Japanese offered him USD 10,000 for a series of exhibitions. His flying skills inspired a young Wiley Post to a life of aviation. And after Smith's death, when Lindbergh flew over Fort Wayne and dipped his wings, he gave credit to the "Bird Boy" Art Smith.

​The story of this rising star in American aviation is one of adventure, romance, scandal and history. Using Smith's own autobiographical writings, the story is also a factual account of events in early aviation. The book includes photographs and postcards in Art Smith's own handwriting mailed to Al Wertman.

Chapter 7 focuses on the year 1912; it begins on page 48.  In his early days of aviation, he was attempting to win the favor of the father of the girl he loved. He did not want his daughter to marry an aviator.  Art began to have success; after a small carnival in Iowa, he put on an exhibition in Overland Park, Kansas, where he used a skill he had earned earlier.  At 3,000, he shut off his engine and glided down; the audience was stunned, believing they were witnessing an impending crash and when he soared up instead, applauded for five minutes.

After Kansas City, Art flew at numerous county fairs and small carnivals.  After a time, he simply listed the locations – Beauregard, Montana; Table Rock, Nebraska; Clifton, Kansas; Clinton, Montana; and “a dozen other places.” He struggled with “small-town ideas of an aviator’s needs.  In Havelock, Nebraska, he was shown a 50x100 foot vacant lot surrounded by buildings that would have been an inadequate landing spot for even a balloon. [Havelock is now a neighborhood in Lincoln.  In 1912, it was a bustling community that was home of the Burlington Railroad shops.  It was four miles from Lincoln, and connected with it by electric car service that ran every half hour.
​​ 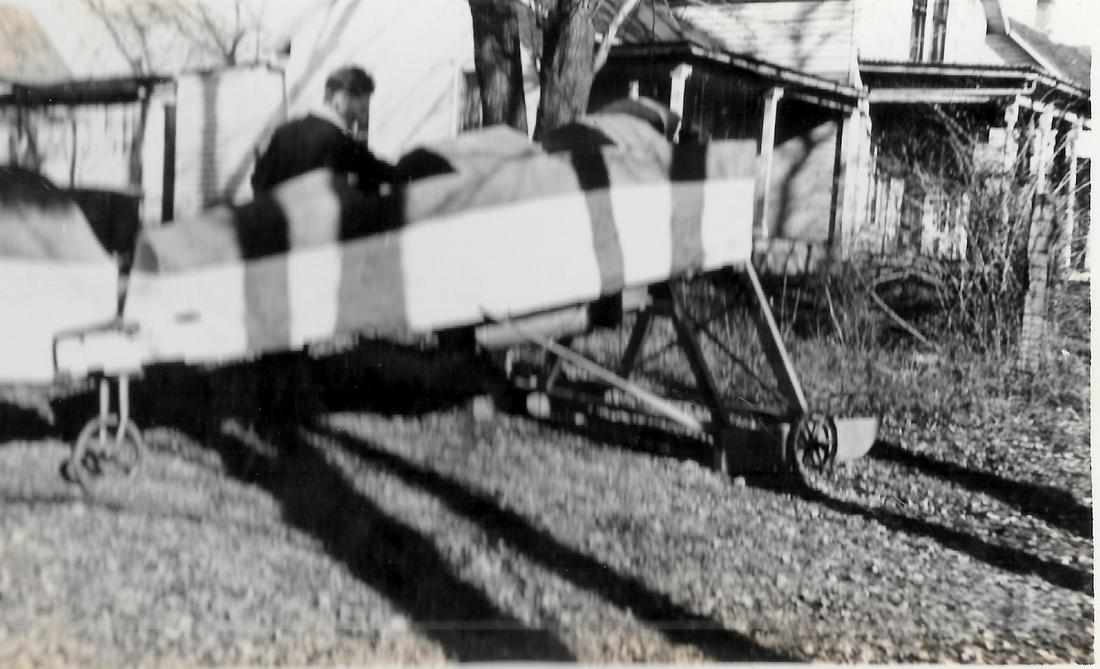 Photo 3395, an airplane next to a farmhouse. It was taken by Lou Fencl of Table Rock, whose photo album with pictures from the late 1920s to the mid 1930s is in the museum. Dave Lang saw this and gave the name of someone, saying he was the first in Pawnee County to have an airplane and nobody else had one for a very long time.

Two Thunderjets were traveling from Michigan to Nevada. They had just stopped at Offutt  Airforce base in Omaha to refuel. They met with a storm so violent that they attempted to turn around and return to Omaha.  One plane, piloted by by Lt. Marcell Webb,  made it back.  The other, piloted by 30-year-old Captain James Cates, crashed in mid-turn, ending  up in a field between Elk Creek and Table Rock. 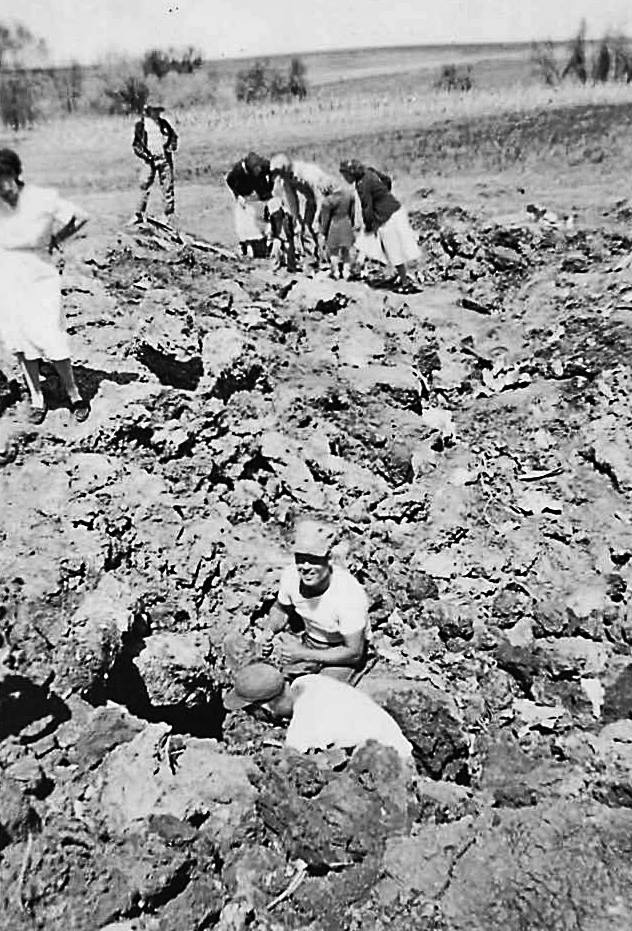 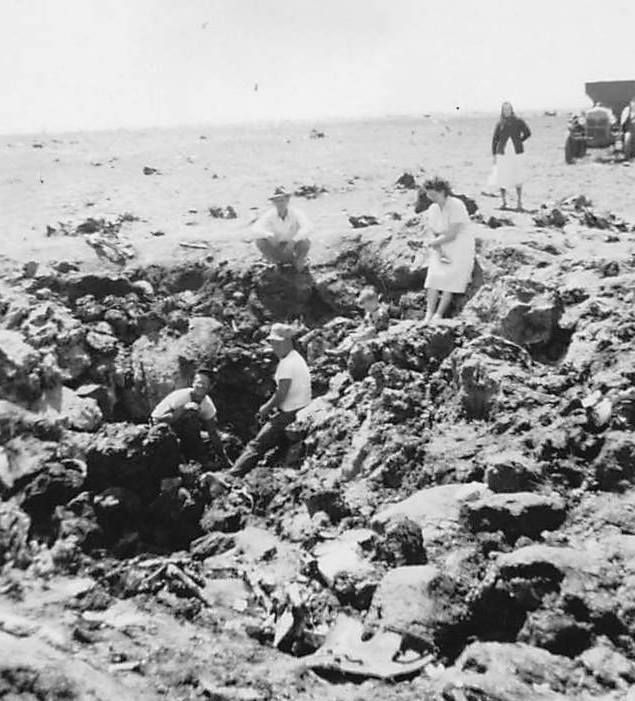 details of the incident

In 2000, Kim asked for and received government documents relating to the crash and compiled them in  a booklet. The booklet and a small piece of the plane found in the field are in the Veterans Museum. 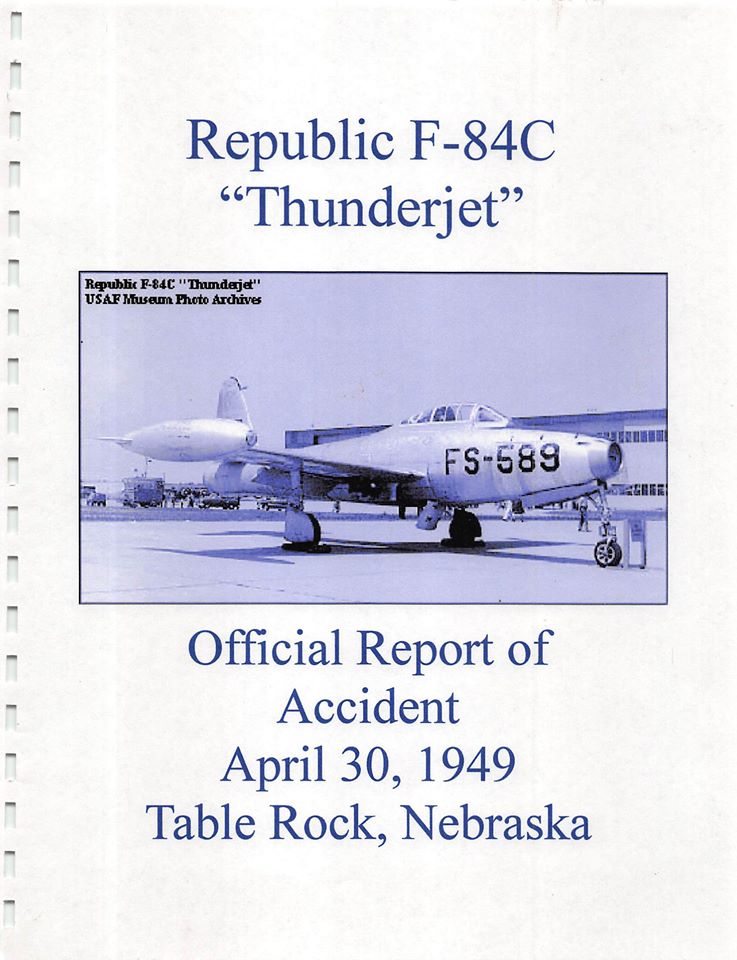 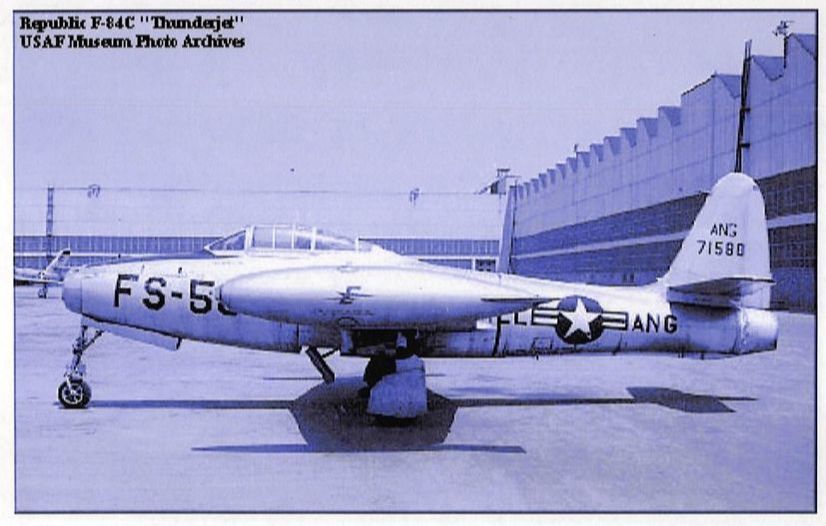 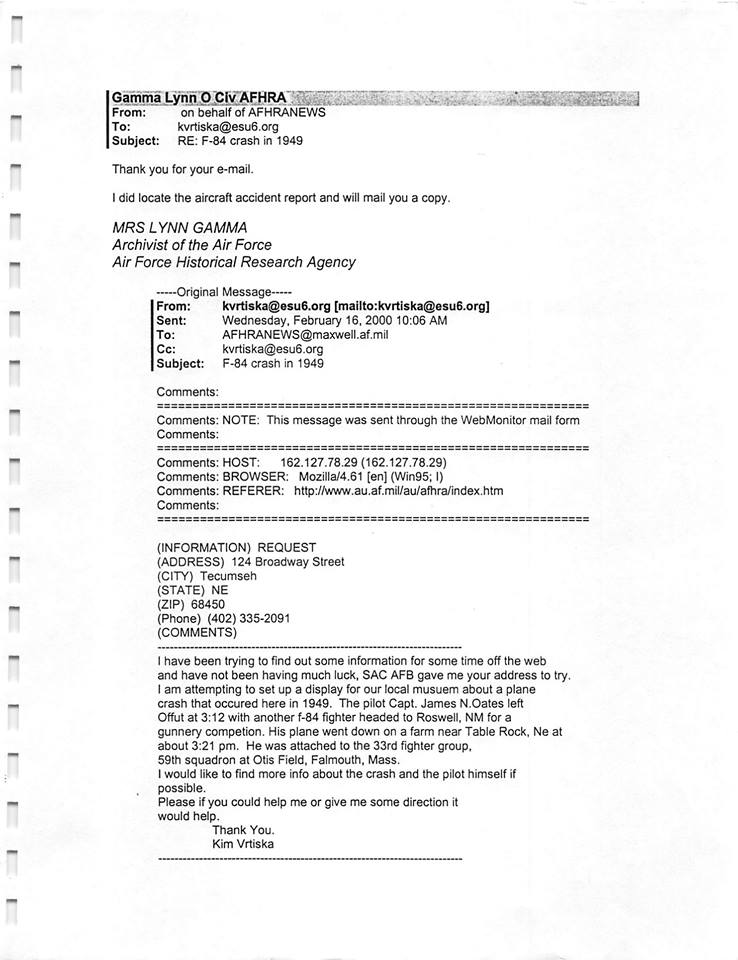 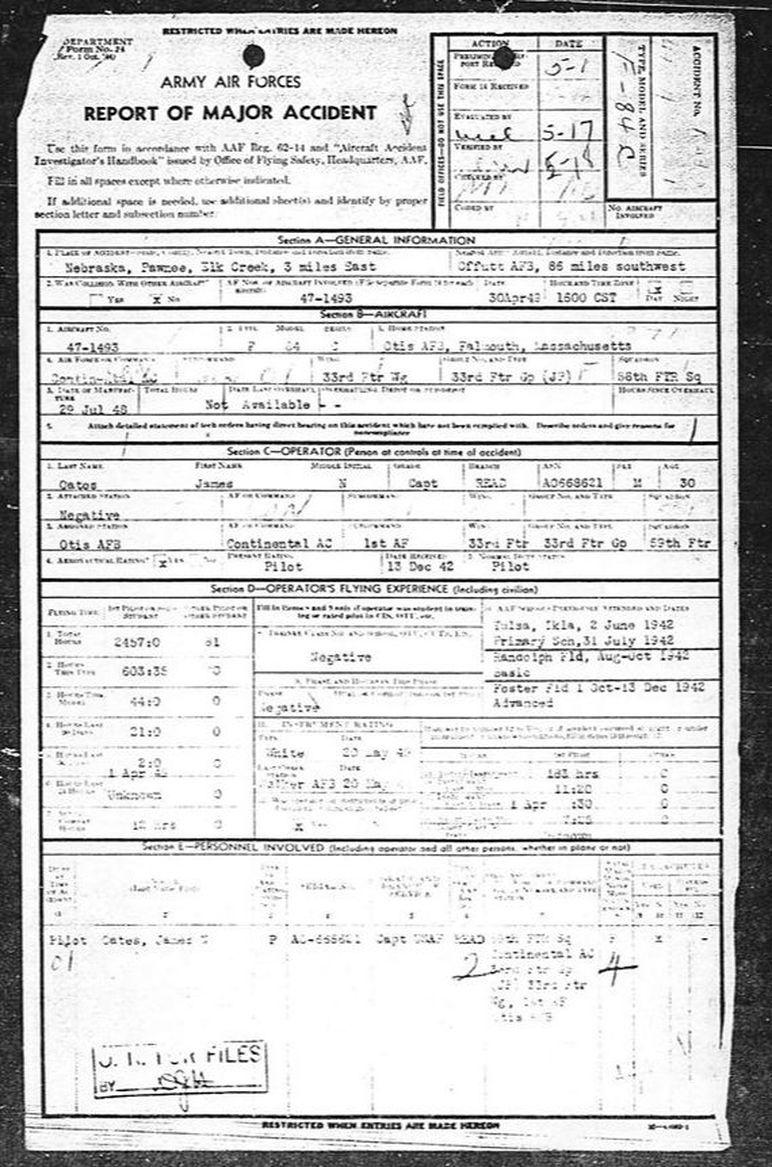 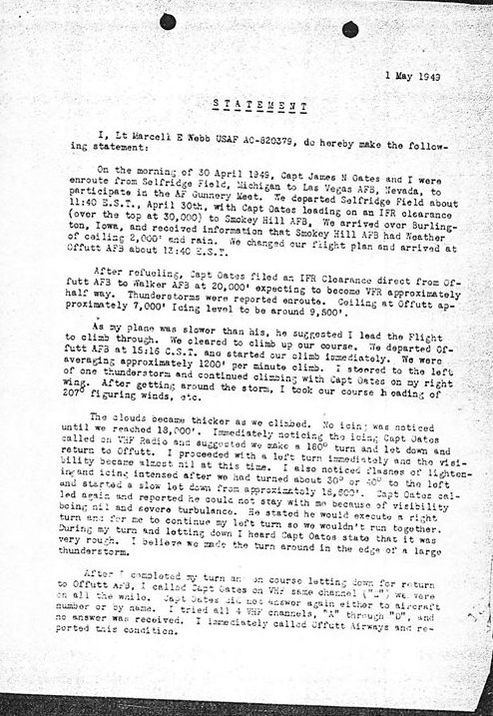 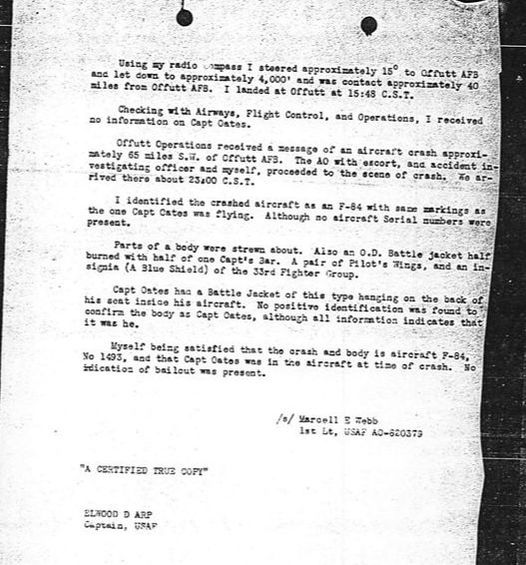 If you want to read more, here are the materials compiled by kim vrtiska 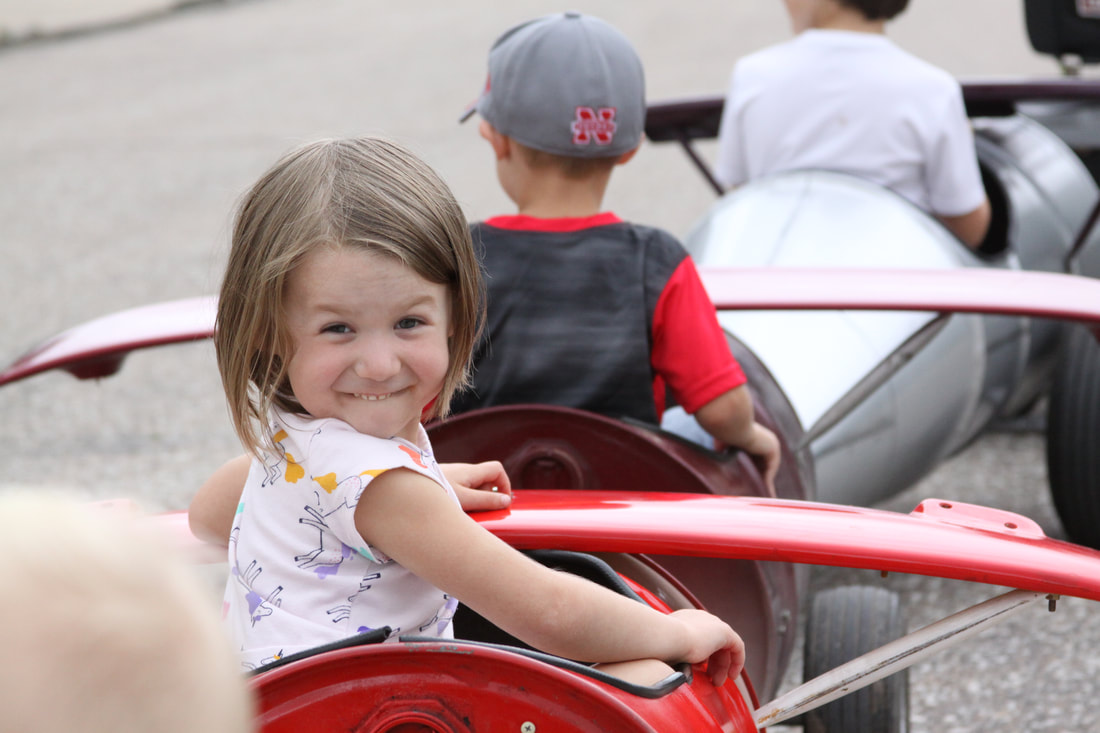 Photo 6742 by Daric Sitzman, Violet Boshart riding the airplane train at the Table Rock Fair in 2018. Her grandpa Richard Sitzman and her uncle Robert Sitzman built the first cars years ago for their own children, and then added one for Rachel. it has been a popular addition to the fair in 2017 and 2018.

table rock from the air

What does it look like from up there?  Check out this page!