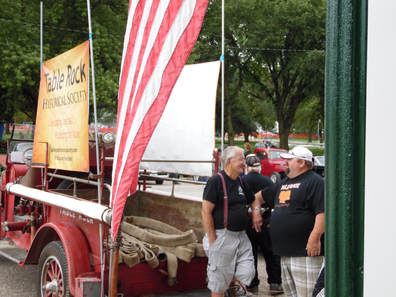 Brothers Richard and Robert Sitzman built this train over 20 years ago for their now-grown children.  Richard added a car for the 2016 Table Rock Fair.  It is in the parade each year, and buzzes around giving rides before and after. 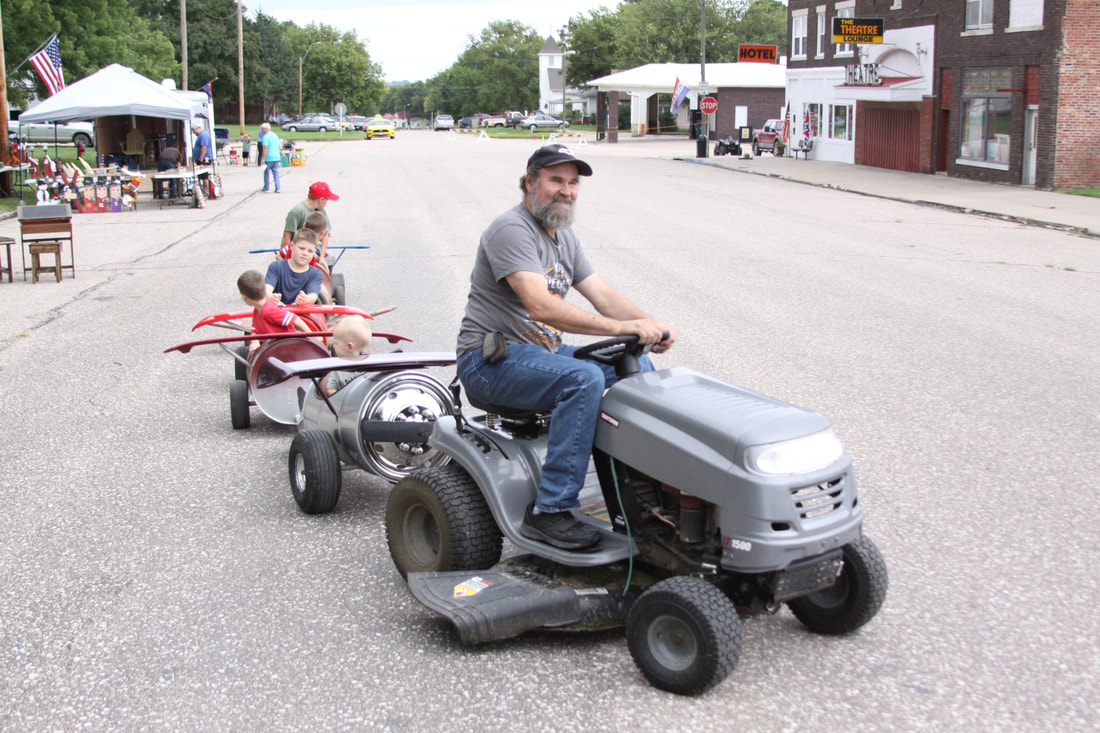 Bruce Bernadt, Class of 1987, flew high above the fair just before the parade, elevating the fun level. 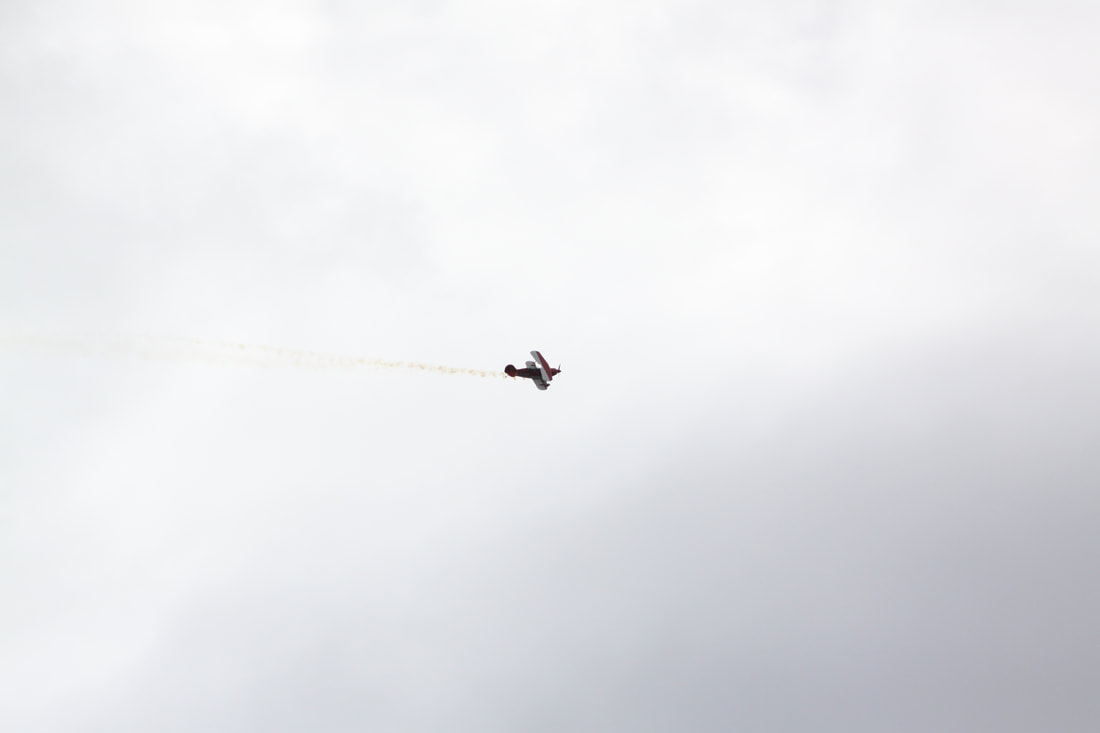 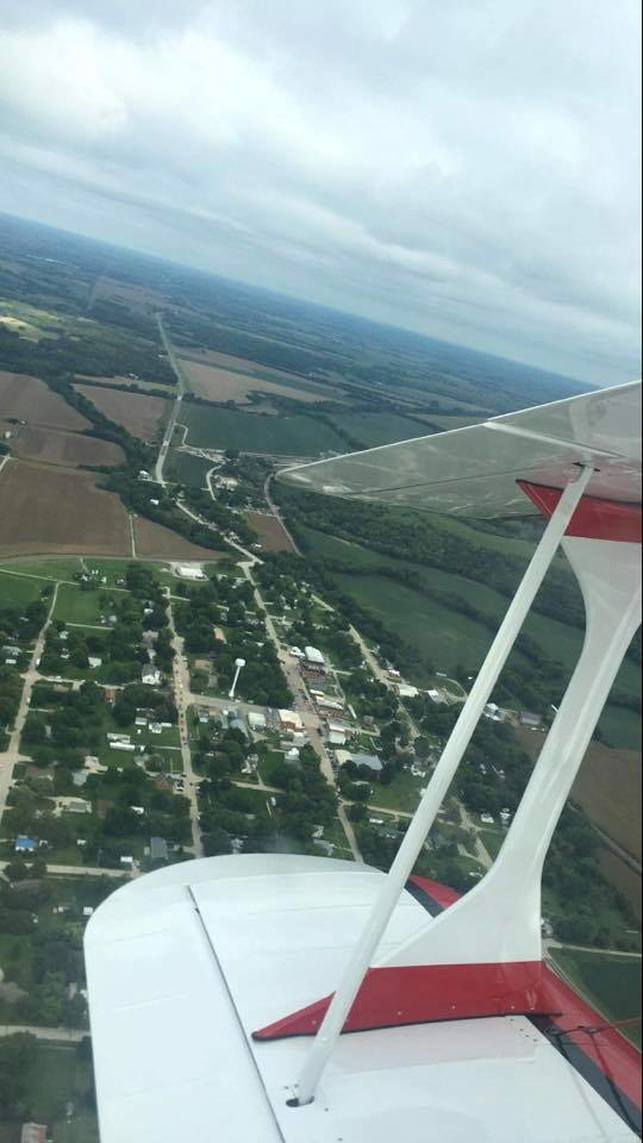 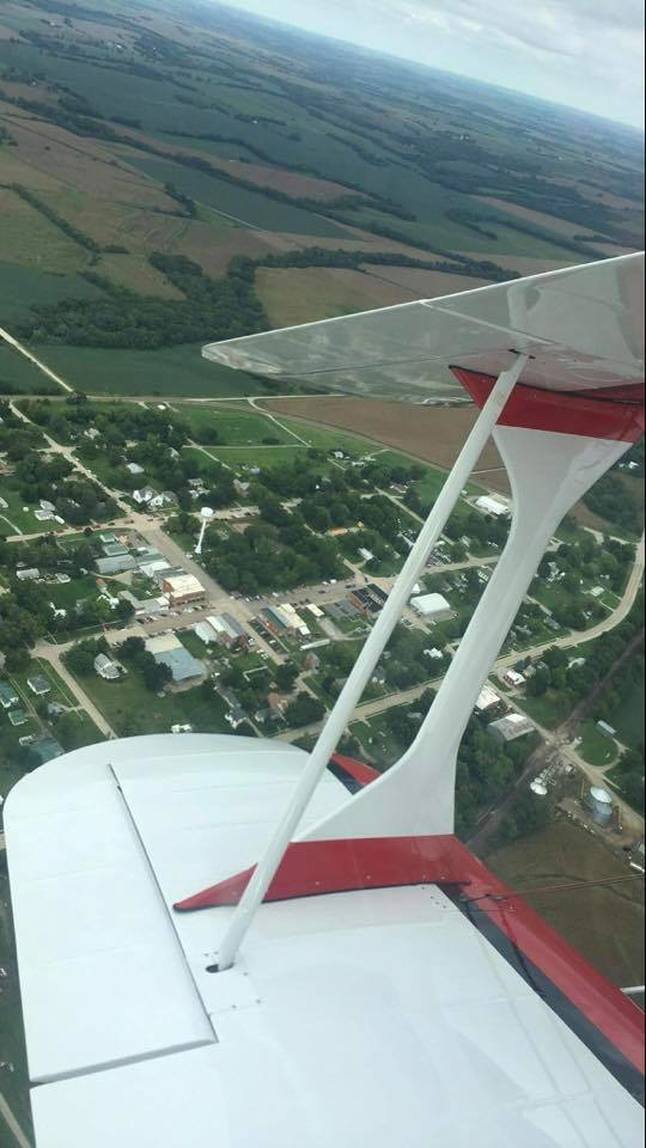 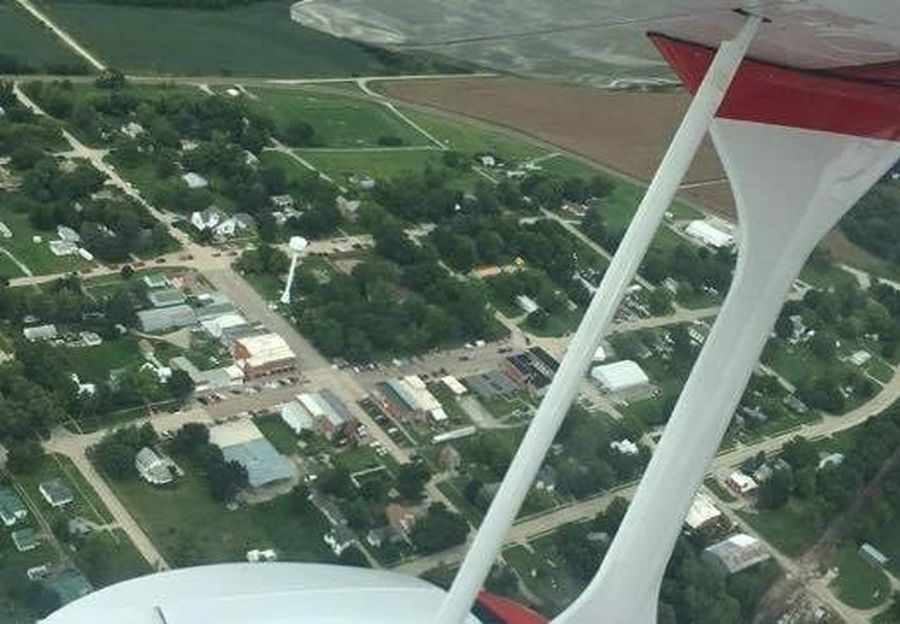 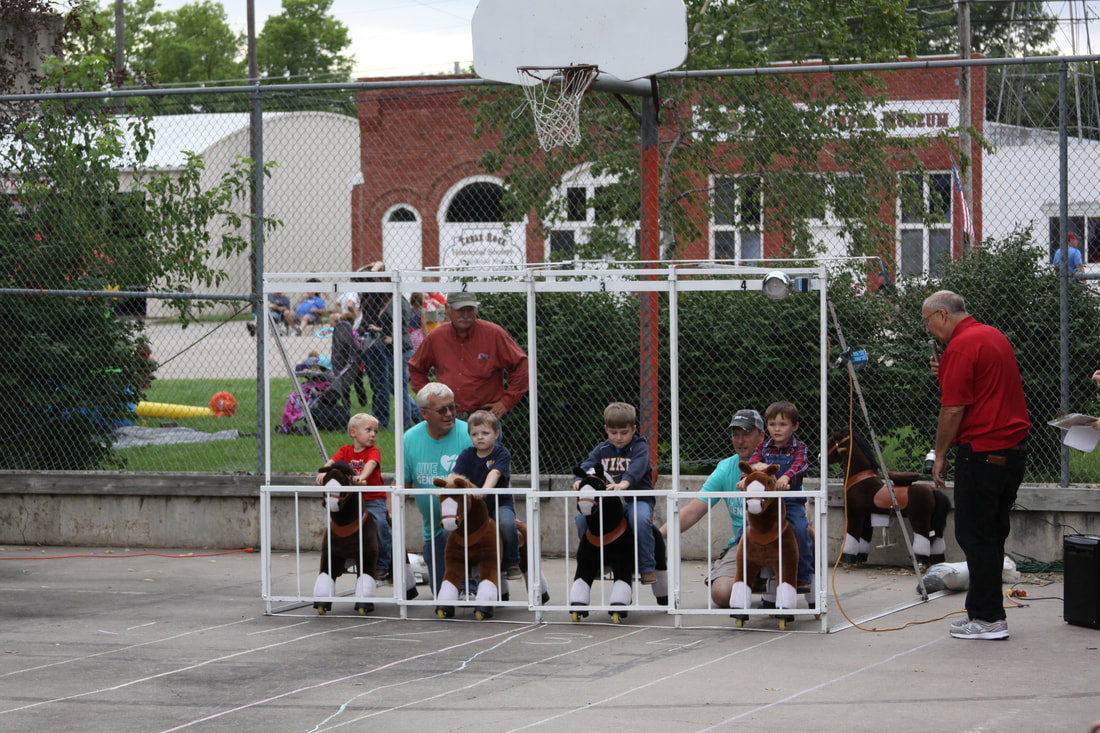 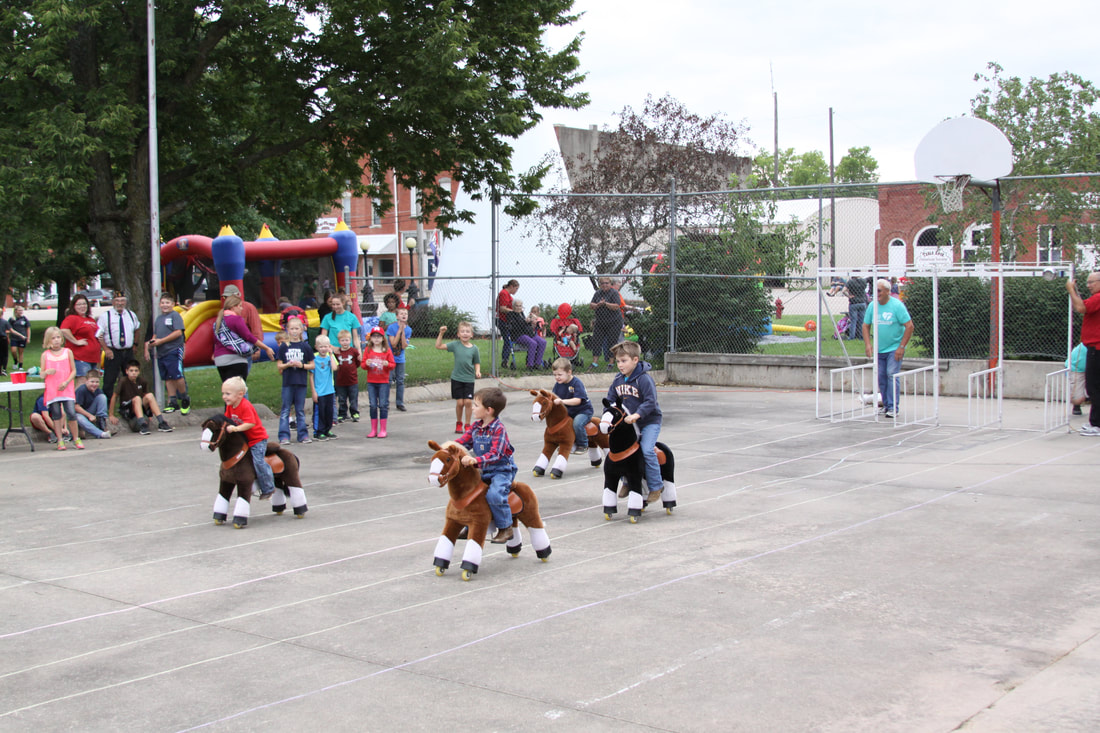 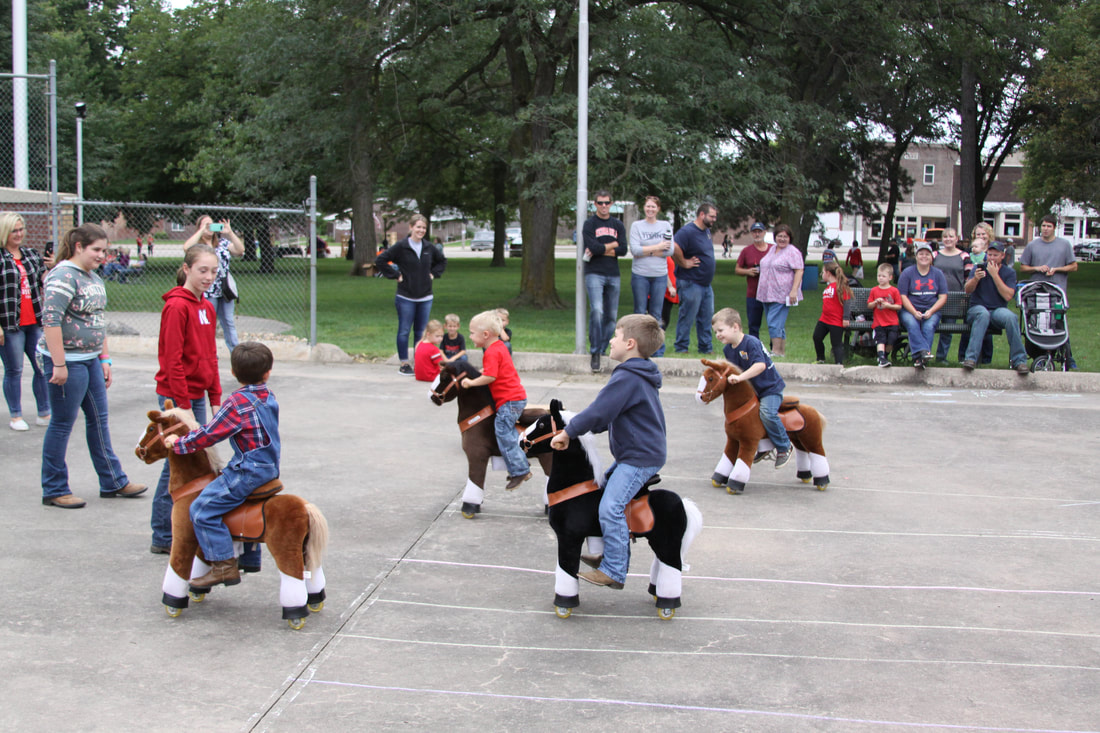 ​MORE FOR THE KIDS 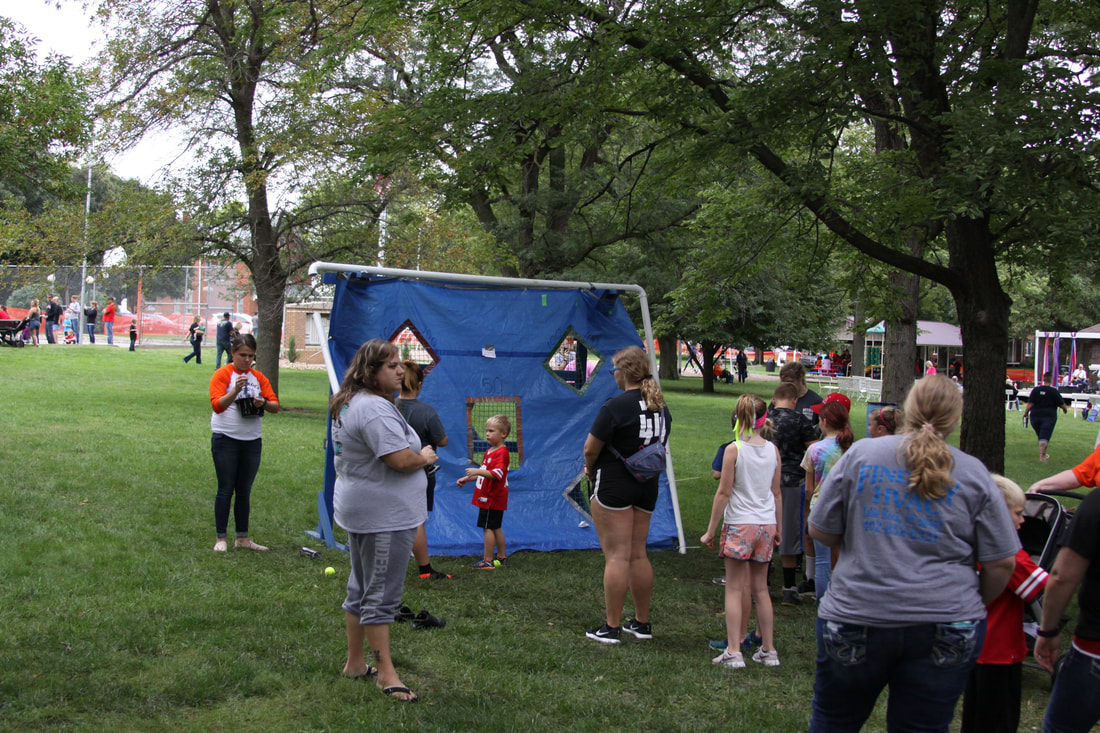 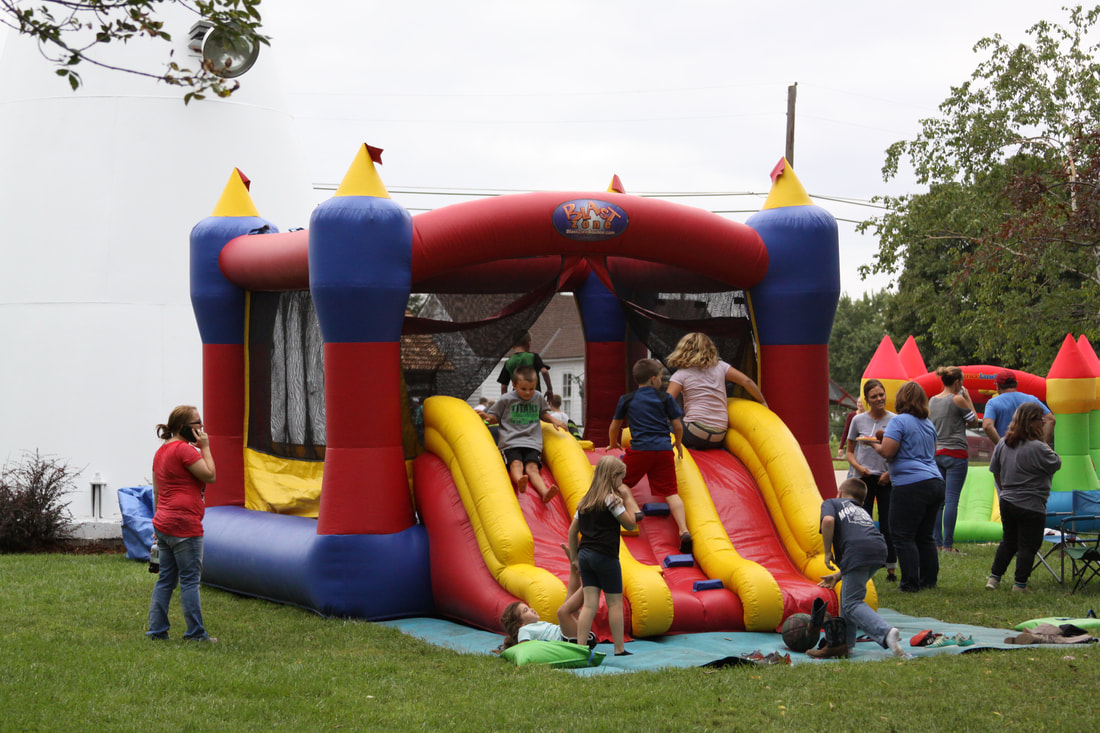 This fun kids activity was sponsored by the grandchildren of Joyce Scott, in her memory. 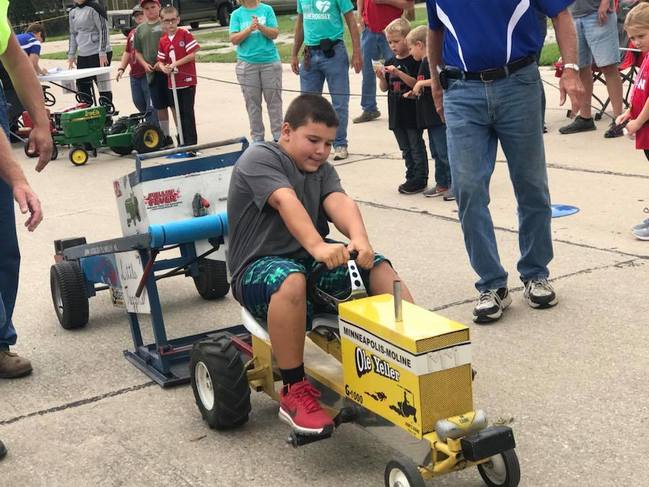 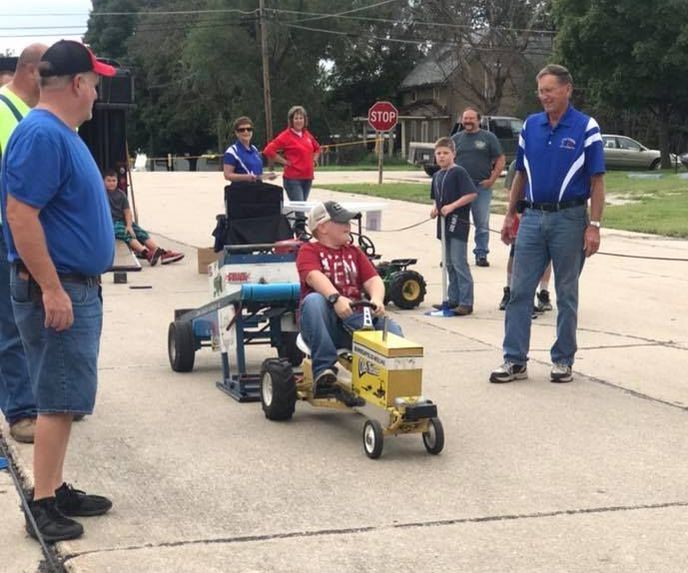 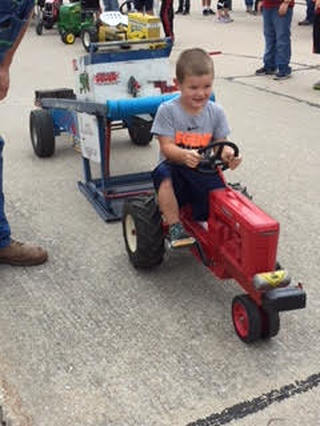 Cooper Hunzeker gives it a try, thanks to mom Amy for this picture. 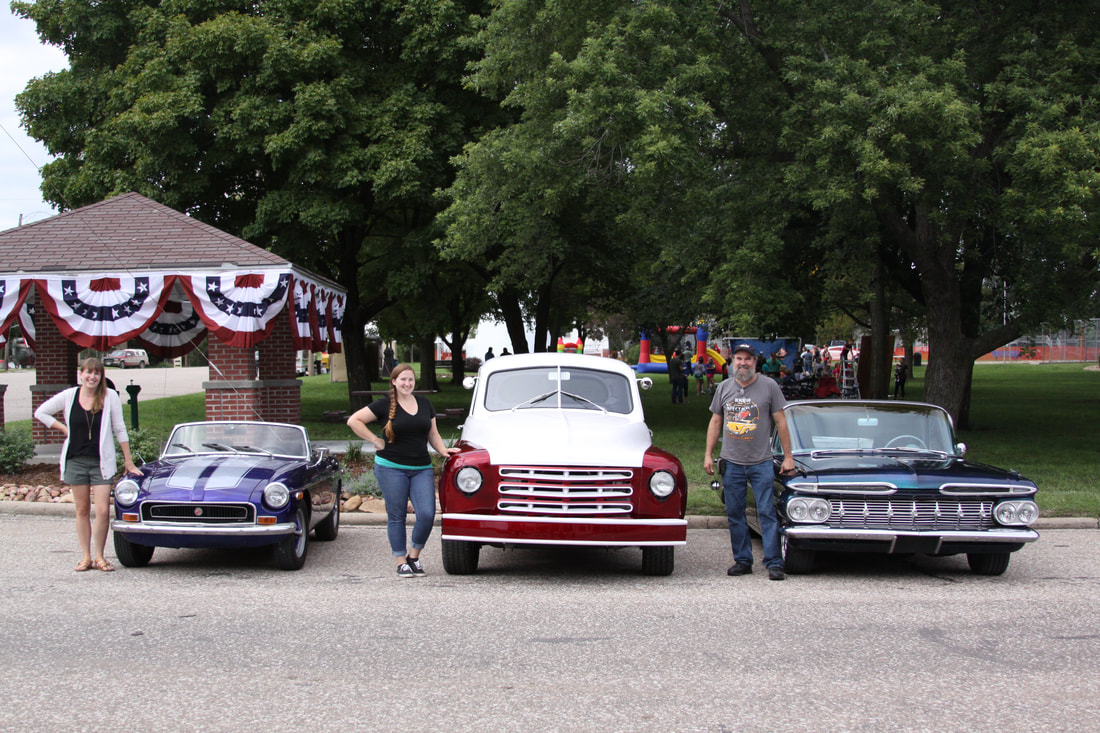 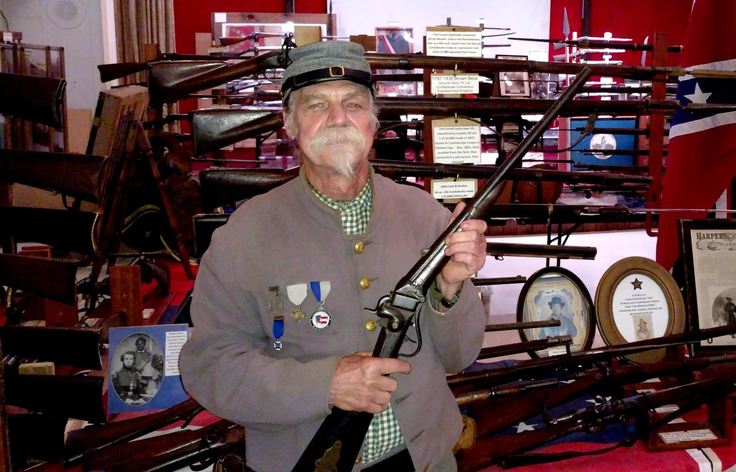 Moss, with a shotgun that he bought 40 years ago -- it was the start of his collection. 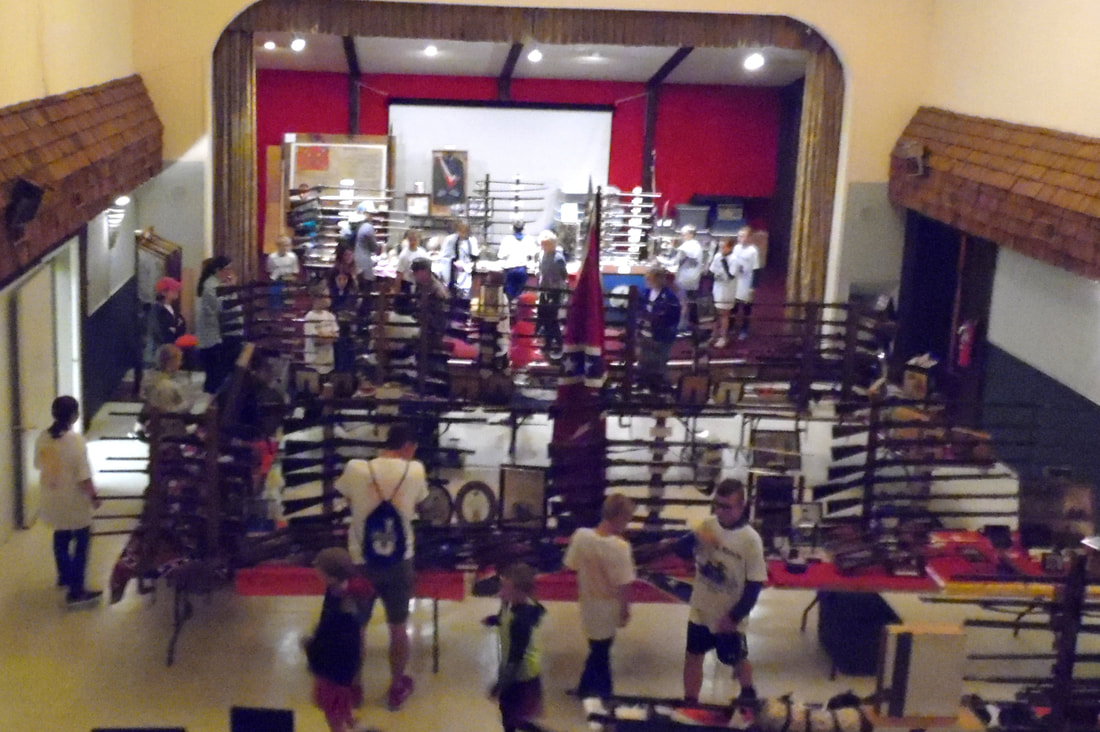 getting ready for the parade 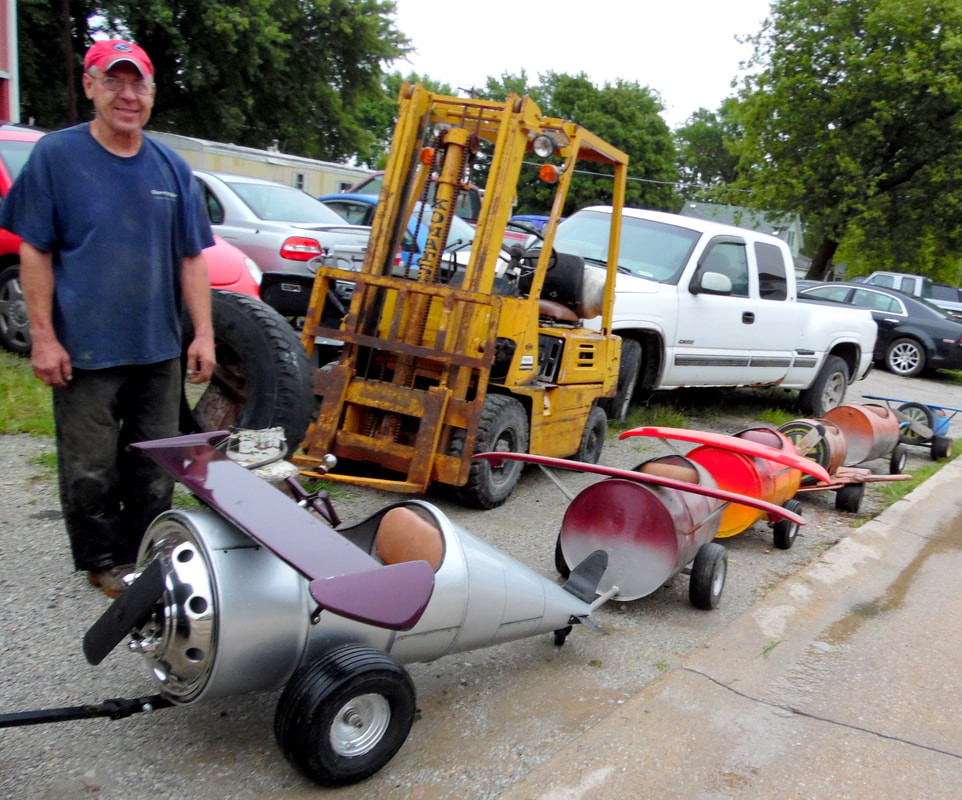 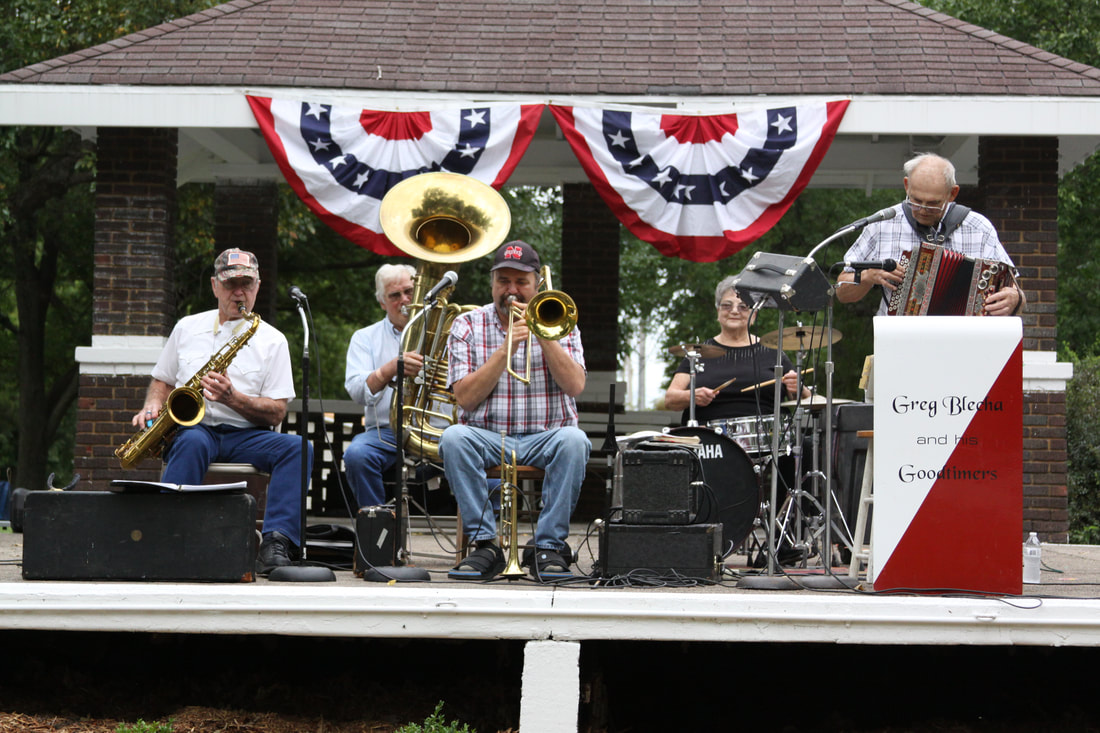 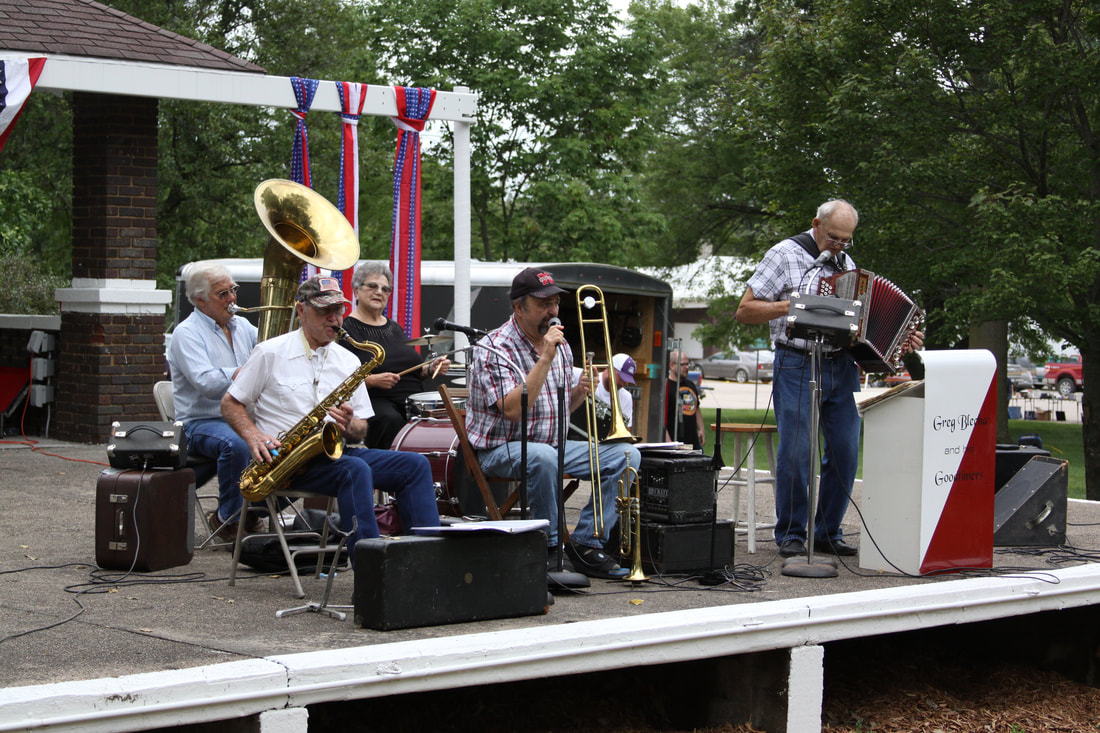 ​RAFFLES for the fair

It cost a lot to put on the fair.  Each year the cost has run close to $10,000.  Fire works are the biggest expense, followed by the live bands, but there are other things that add up, too.  At the fair, money is raised at the Community Club's food stand at the park shelter, organized by Larry Gilbert and Missy Freeman and their families. Through the year, the Community Club tries to raise this money with fundraising activities like Table Rock t-shirts and kolache-oriented bake sales.  The State Bank of Table Rock has been a major benefactor.

We had two raffles to raise money for the fair this year, with six tickets for $5.  There was also a FREE raffle for six kids bicycles sponsored by the local ZCBJ lodge (for two of the bicycles) and two anonymous donors.

It was our first raffle and bigger than expected. Things got a little chaotic and we missed a few of the winners, sorry! 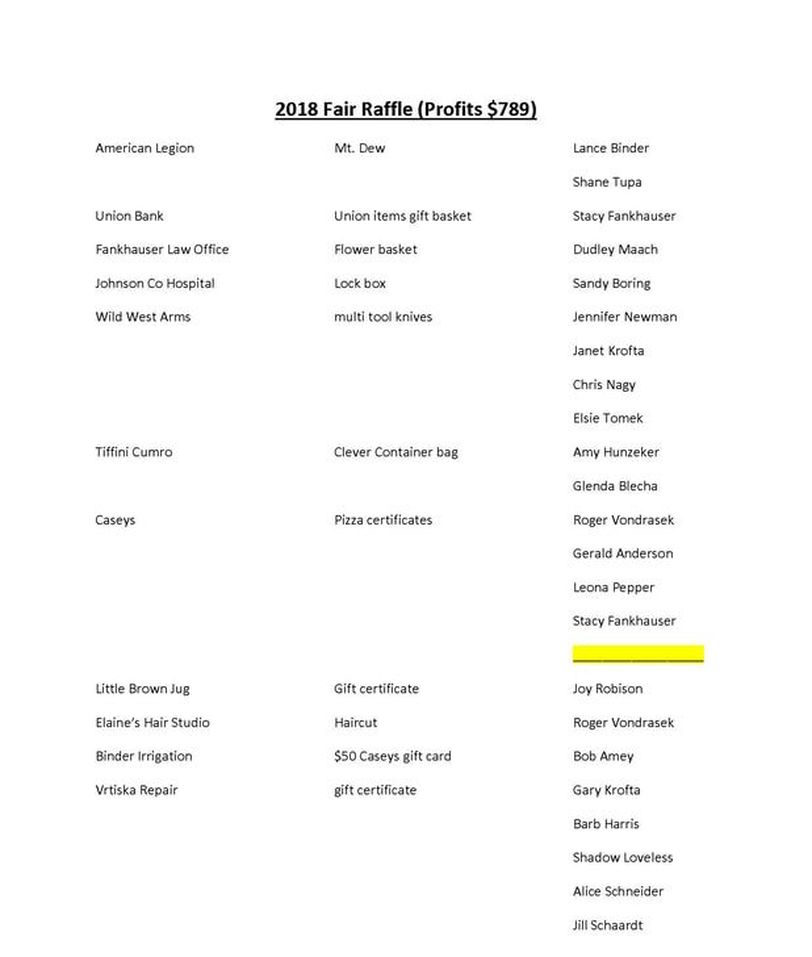 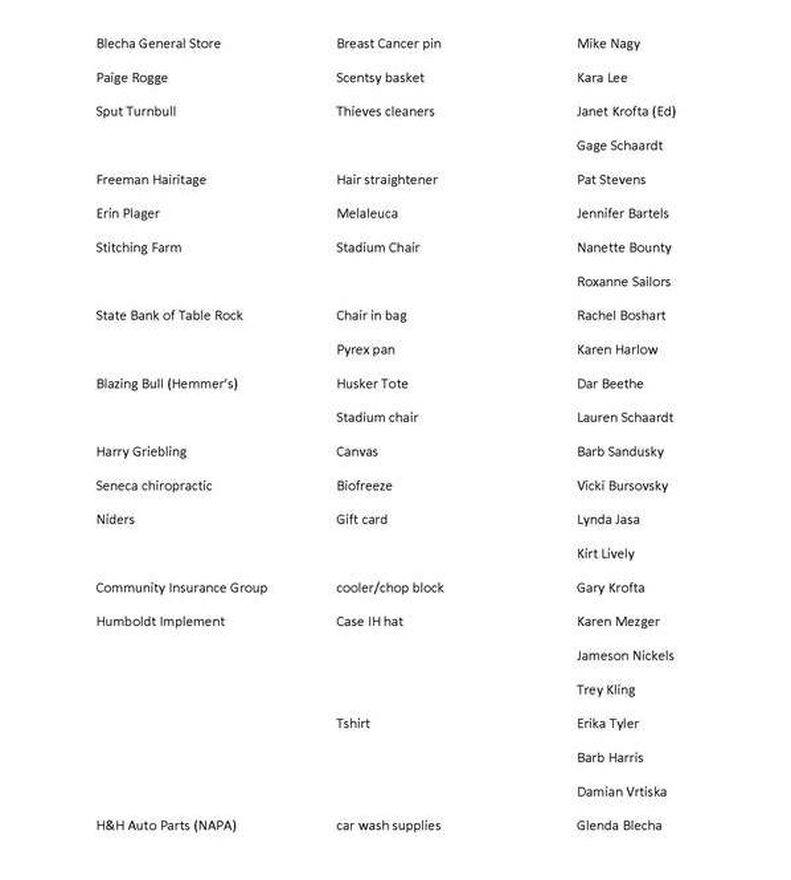 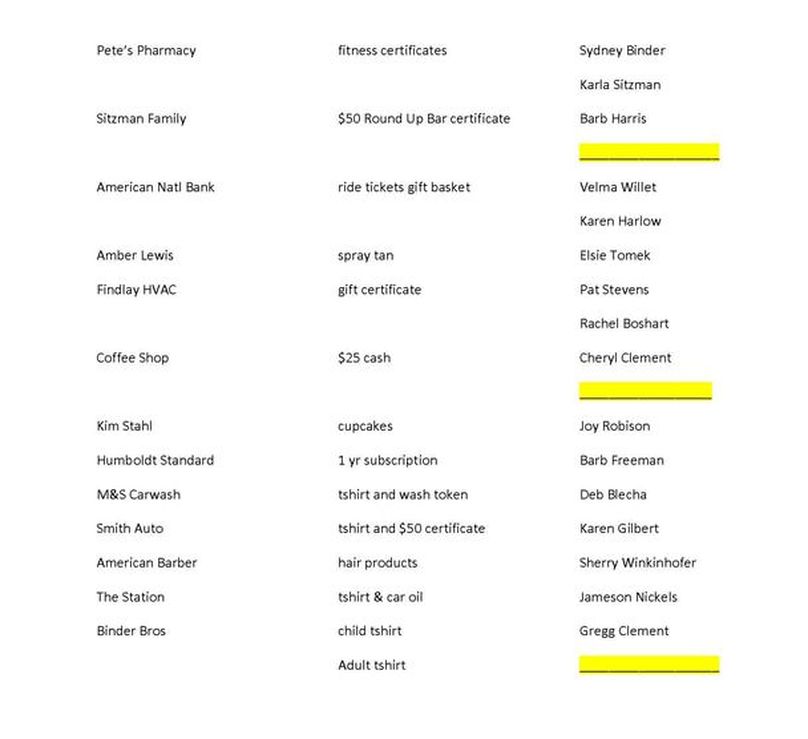 ​free drawing for bicycles -- six of them! 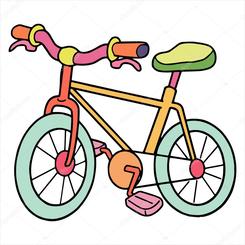 The Table Rock ZCBJ Lodge (WFLA) donated two free bicycles, as they generously do every year.  Two anonymous donors contributed four more.  When we get a list of winners, we will add it here.  We don't have pictures as the drawing was conducted after dark and we couldn't get a good one. 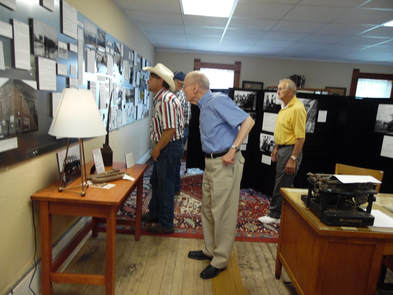 Sorry, we were busy to get a picture, so we are using one from an open house earlier this summer.
The Table Rock Historical Society exhibit this year was Trains in Table Rock, feating photographs, newspaper articles, memories, and artifacts.  It was open from Noon to 6 and had a steady stream of visitors.

Sharla Sitzman made a presentation about the time capsule standing on the back of the Table Rock Fire Department 1924 REO Speedwagon fire engine, which was an honored relic in 1968 even though it was not yet even 50 years old.  The engine was parked next to the Maple Grove Country School Museum, which was built west of town in 1874, less than 100 years before the 1968 time capsule burial.  Some of the highlights of the contents were exhibited in two cases in front of the Turner Log Cabin, built near old Cincinnati in 1854, more than 100 years before 1968.  And the cases stood to either side of the Historical Society's pink granite boulder, it's oldest artificat, clocking in at...oh...the geologists say, about 1 billion years old. 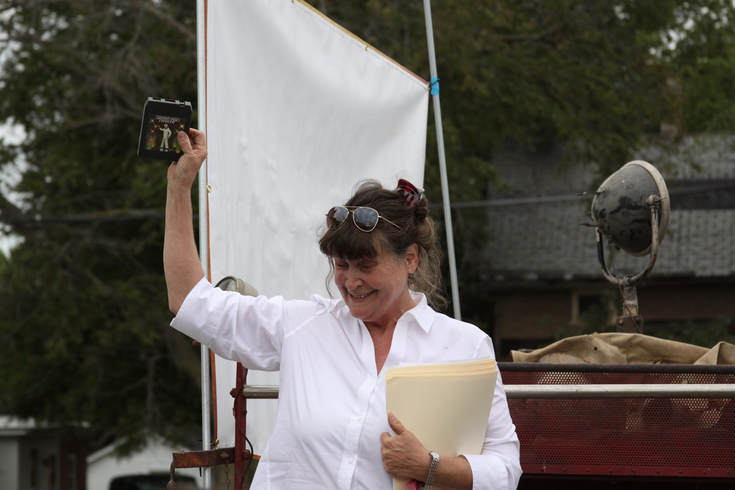 Something in use in 1968 - eight-track tapes, this one being a little more modern music on what was new technology in 1968. Thanks to Carmen Eppes for the loan of this historic item! 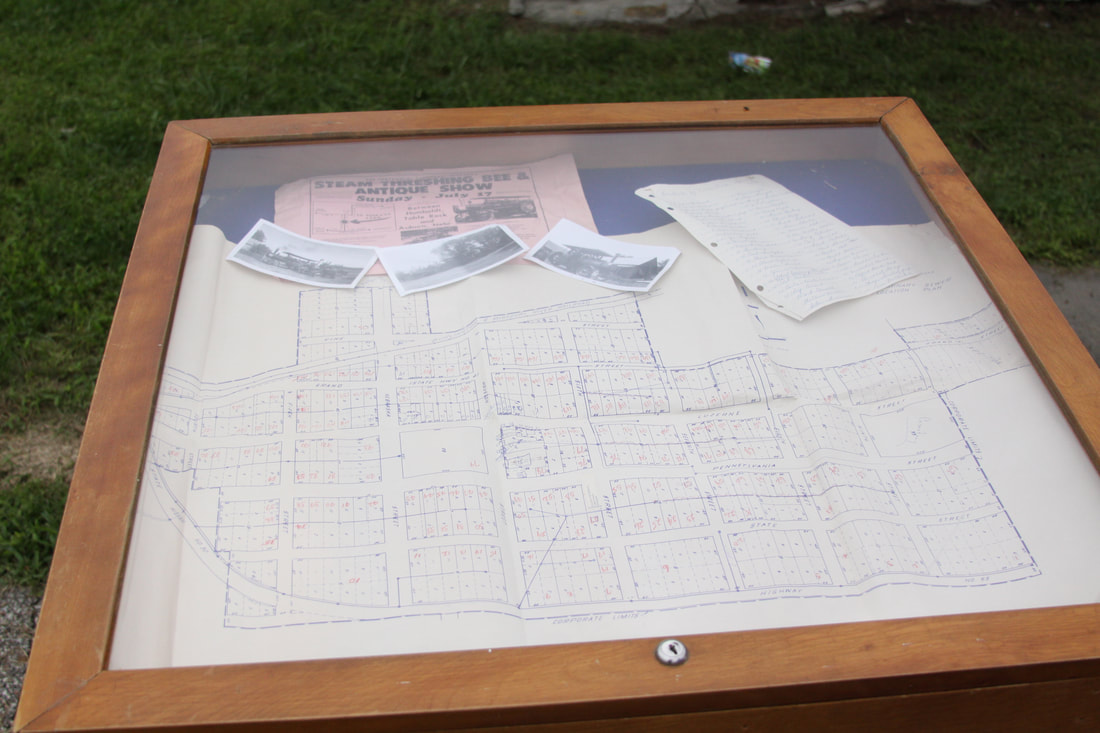 One of the neat things in the capsule -- a map of Table Rock, with homes of most of the residents marked. There are numbers on the map and on the pages to the upper right are the corresponding names. Who made the list? The handwriting was recognized right away as that of Elsie Wenzbauer, and confirmed by her daughter Karen, who was sent for to make the ID. Elsie was a longtime teacher and had beautiful script. 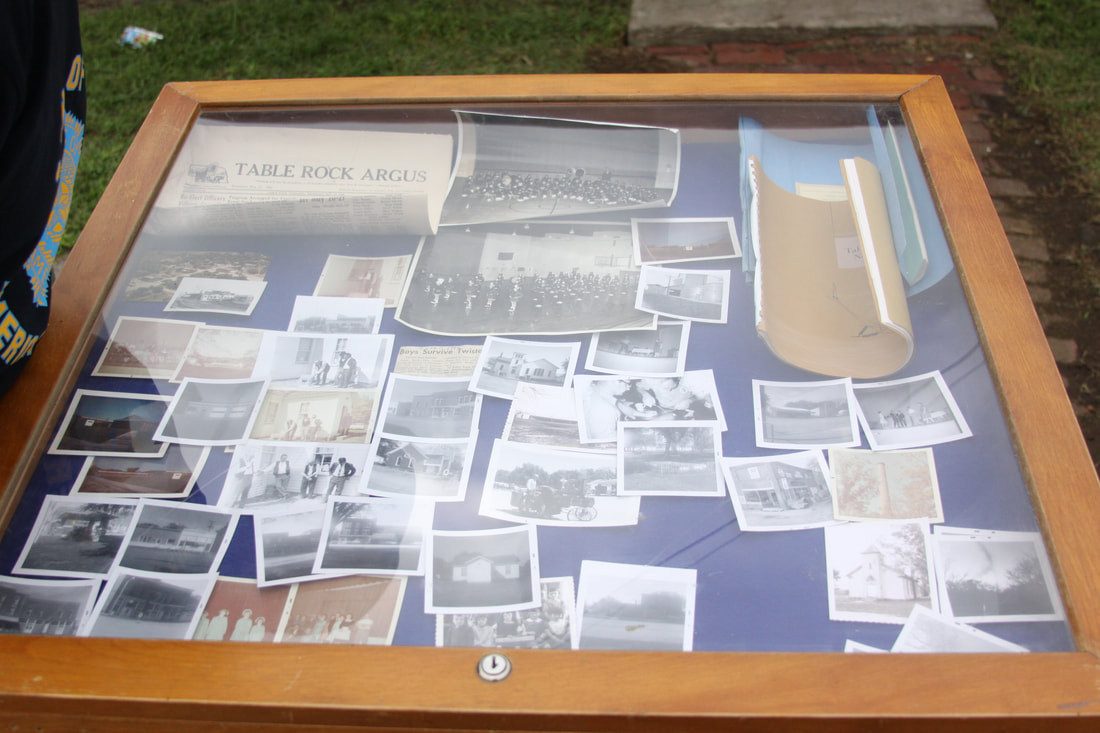 Photographs that were in the the time capsule -- places around town, the marching band and the concert band. A picture of kindergartens hatching eggs drew the most comment. Names and info are, of course, included.

​fire works at the ball park 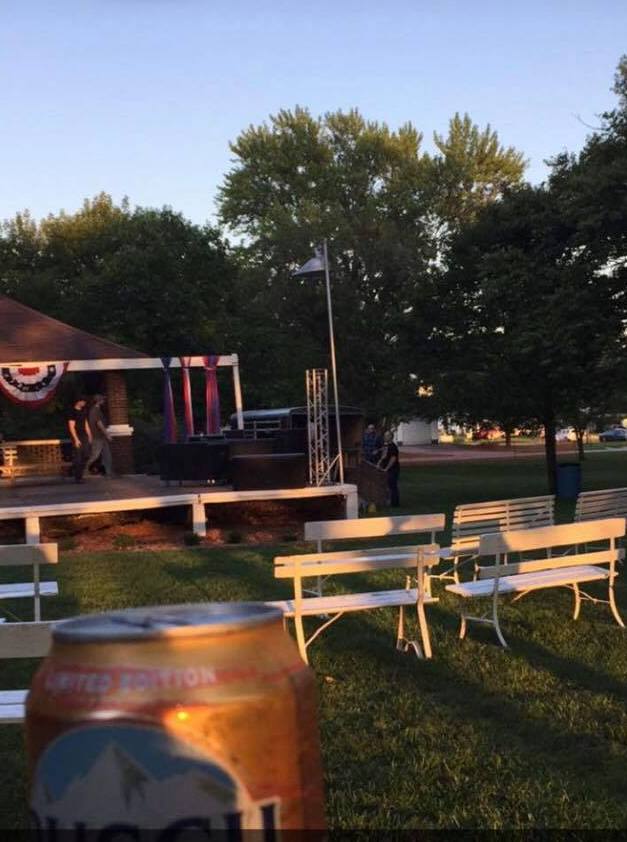 The band starts to set up. Photo by Kelly Vogt 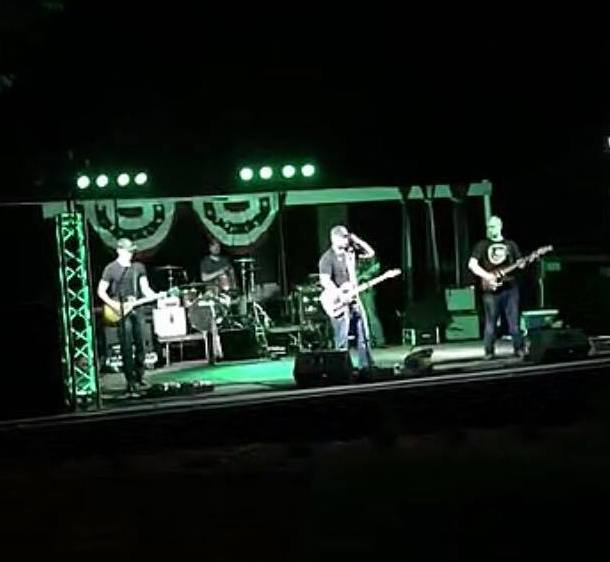