Charles W. Giddings acquired this lot in 1860 (when the village was incorporated).  He had been president of the Nebraska Settlement Company, which had brought 150 families to Table Rock a few days before. However, due to a disastrous year of illnesses triggering the departure of all but 7 families, and a national economic depression, the company could not continue and he took on the mission of settling Table Rock.

Two houses have been built on the lot; the remains of the foundation of the prior house are still there.  The first house was probably built prior to 1886, when Thomas Penn bought it for $500 (it had sold for $30 16 years earlier). The second house was probably built between 1907, when Mark Widdifield bought it for $850 and prior to 1920, when Joe Vitek bought it for $2,300.  Interestingly, after Joe Vitek bought it, the house stayed in the same family for 71 years. Joe willed it to his daughter Molly Krofta, after which it went to Joe's daughter Mary Kalina.  Two years before Mary died, it went to her daughters Elsie Wenzbauer and Erma Penkava. In 1991, it went to Mary Kalina's granddaughter Linda and her husband Frank Williamson.  They sold it that same year and for the first time since 1920, someone other than Joe Vitek and wife and descendants moved in.

The string of ownership from Giddings is then as follows:

To Thomas Penn (11/8/1886, $500)(this lot and any and all real estate of Elizabeth Huntley, deceased)(Thomas was Elizabeth's brother)(Elizabeth had likely built the first house)

*
In photo 3347, you can  see the back of the house peeking out, front and back. The photo was taken by Lou Fencl, who worked at the Burow Brothers station in the late 1920s to mid 1930s. 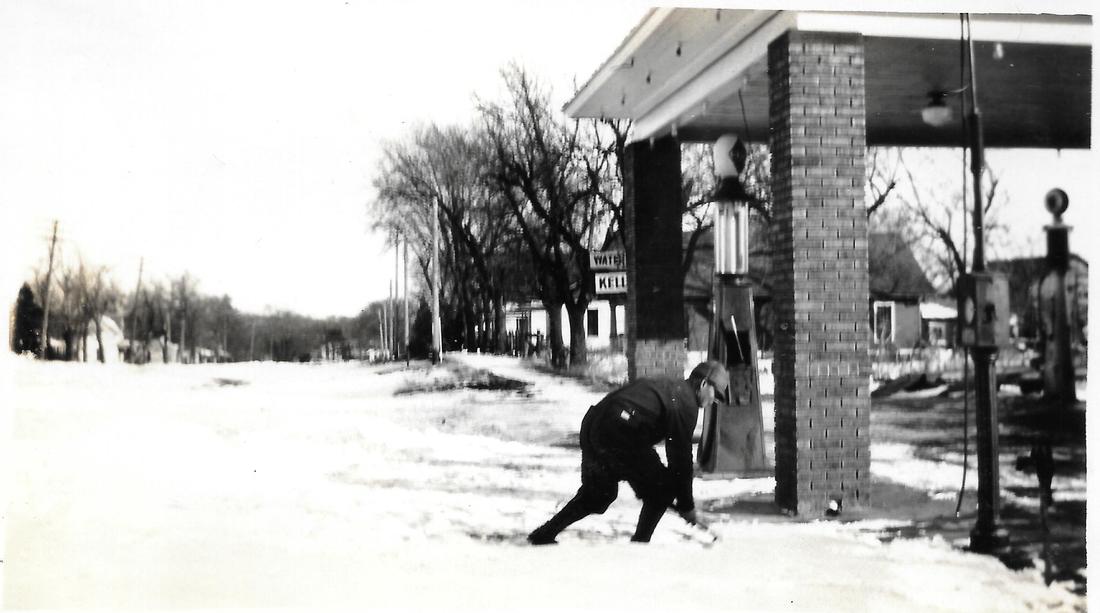