There are three members of the Andrew family buried in the Table Rock Cemetery -- husband and wife Dann and Lydia Andrew, and a young by the name of Lincoln S. whose parents were George and May Andrew.  There was a business in 1894 called "Andrew Brothers, Dealers in Hardware and Furniture, see the ad below.  Were George and Dann were the Andrew  Brothers?  And in 1900, there was "Kovanda and Andrew," a general store, see the ad below. Which Andrew was that? Was it Dann, George, or yet another Andrew?

Photo 208 - Dann and Lydia Andrew.  The frame is stamped with a photo studio inscription in Peotone, Illinois.  On the back is written, Dann Andrew and Lydia Brumond Andrew, TR residents 1894 to 1924, "President School Board, President, Methodist Church" and doesn't say which, but probably Dann.  (It is Dann and not Dan.) 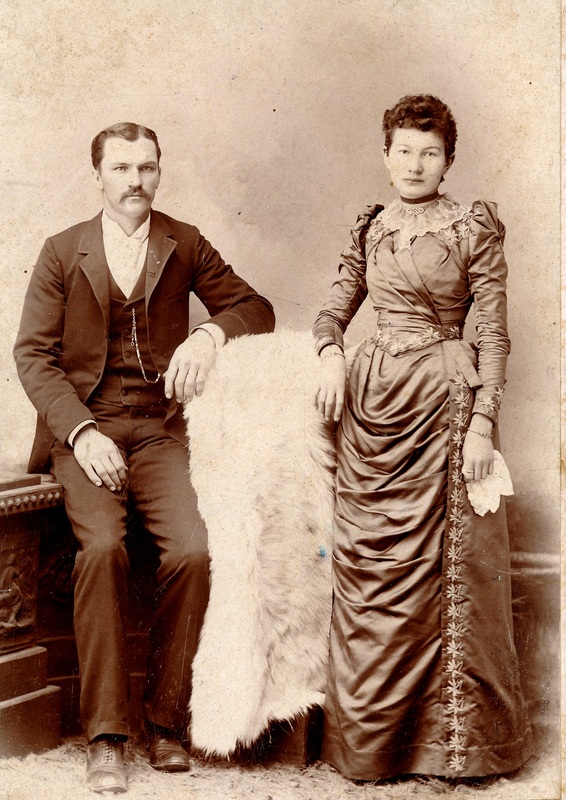 No reference to George and May Andrew found as of February 2015 except on the tombstone of Lincoln S. Andrew as his parents. Dann Andrew was born in 1865, perhaps this was a brother.
Additional photographs of the Andrew family, photocopies only, were included on Disc 8 of the various records maintained in the Stehlik Building of the Table Rock Historical Society museums.  They are as follows: A picture taken of Dr. Lloyd Andrew in Philadelphia in 1917. According to thge photo, he was born in Table Rock in 1897.  He was the first board certified urologist in the United States.  Pictures of baby Dan Edgar Andrew (1919), Dan & Dick Woods Andrew (1919 or 1922 on Dann Andrew farm), Raymond Andrew (undated), Lotta Woods Andrew (1915).  The relationship of these family members is unknown.  (Note that Dann Andrew is spelled Dan Andrew.)
July 13, 1894: 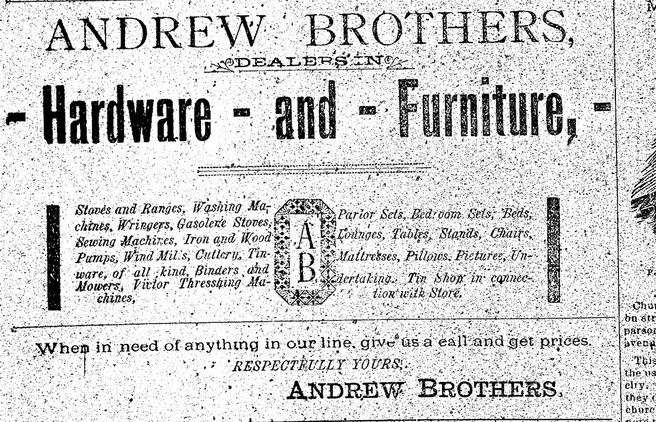 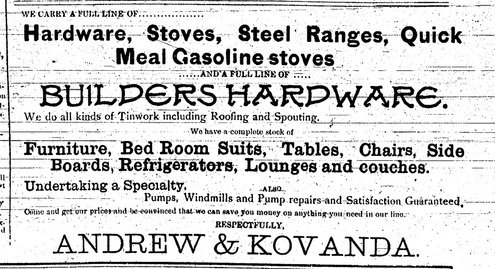